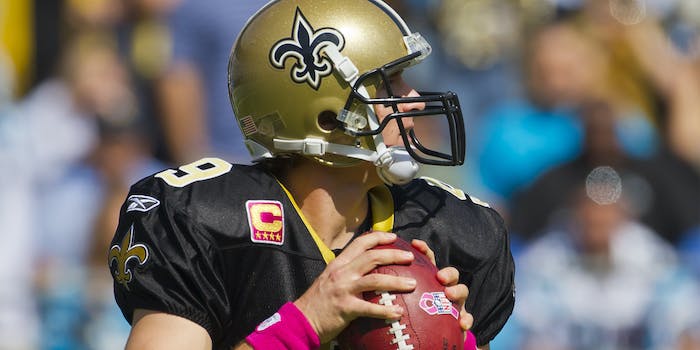 How to watch Saints vs. Eagles online for free

The Saints just might be the best team in the NFL.

With the Eagles vs. Saints on Sunday, you’re almost guaranteed to get a shoutout.

After receiving a first-round playoff bye, the Saints will have to face the surging Eagles—who have won six of their last seven and who, for the second straight season, have sustained the magic of having backup quarterback Nick Foles as their late-year starter. While Philadelphia knocked off the betting favorite Bears last week, the Eagles vs. the Saints matchup could be much tougher. New Orleans has one of the best offenses in the league, and its defense, for the most part, has been impressive in the second half of the season. Even if you’ve cut the cable cord, you can still watch this contest on a live stream to get your NFL playoff fix.

How to watch Saints vs. Eagles online

Sling TV is your cheapest option for watching the 2019 NFL divisional playoffs. When it comes to network channels, Sling TV only offers NBC and Fox as part of the Sling Blue and Sling Orange + Blue packages. You’ll want the latter, which costs $40 per month, if you want to get ESPN channels in addition to regional sports networks and FS1 and FS2. (Here’s a complete guide to Sling TV channels.)

FuboTV specifically caters to sports fans, as you’ll note by the abundance of sports channels in its basic lineup, which includes regional sports networks, Big Ten Network, BeIn Sports, and FS1 and FS2. It’s the best streaming service for international soccer and, with a standard package that includes access to all four major broadcast channels and NFL Network, it’s a solid choice for streaming NFL divisional playoff games, too. The major asterisk to FuboTV is that it doesn’t include ESPN, but you’ll get free three-day replay for games and 30 hours of cloud DVR storage. (Here’s the complete FuboTV channels list.)

Saints vs. Eagles: Why it matters

Earlier this week, Saints coach Sean Payton walked into his team’s locker room with four security guards and a wheelbarrow filled with $200,000 of cash and the Lombardi trophy the team earned from winning the Super Bowl during the 2009 season. “Y’all want this?” he asked. “Win three fucking games.” Apparently, the team found that stunt a hoot, but the Saints are certainly not a joke. Drew Brees is one of the best quarterbacks of his generation—and, honestly, one of the best in history—and the team’s running back duo of Alvin Kamara and Mark Ingram are a good 1-2 punch. The Saints might be the best team in the entire league, and considering they’re eight-point favorites on Sunday, just about everybody knows it.