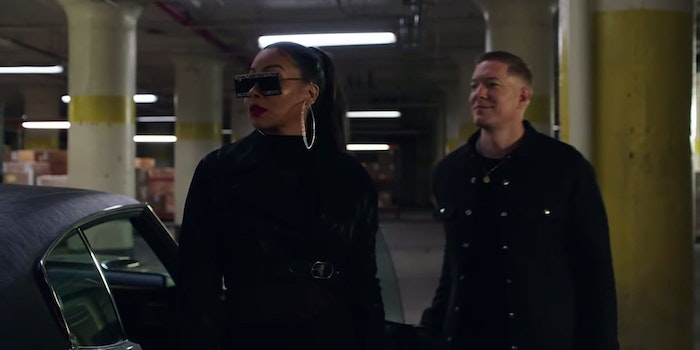 How to stream ‘Power’ season 6, episode 2

'Power's season 6 premiere was one for the books.

Well, that season six premiere was a doozy. Episode 2 is sure to be even wilder.

Season 5’s finale left everyone with the burning question, “Wait—is Angela actually dead?!” after Tommy mistakenly shot her in the chest—and “Murderers,” episode 1 of season 6, definitively answered it. We don’t have to wonder about Assistant United States Attorney Angela Valdes anymore. Or do we? Anything is possible, right?

Regardless of whether we’re treated to an Angela-related miracle, season six’s second episode is going to be spicy. We caught a glimpse of season 6’s ultimate Ghost-Tommy showdown, and Tommy’s relationship with LaKeisha is on the verge of falling apart. Tariq, meanwhile, is the most enigmatic player in the game—no one knows quite where he stands at the moment, which means he could tip the scales to favor either Ghost or Tommy at any time. Everyone’s agendas are colliding, and let’s not forget Ghost still has to continue precariously balancing his dangerous double life.

Power season 6, episode 2, “Whose Side Are You On,” is right around the corner. Here’s everything you need to know about watching it.

When and where does Power season 6, episode 2 air?

The second episode of Power season 6, “Whose Side Are You On,” premieres on Sept. 1 at 8pm ET. It airs exclusively on Starz.

Hulu‘s basic service has all five seasons of Power available to stream on-demand. At just $5.99 per month (or $6 more per month to watch commercial-free), it’s one of the best ways to watch Power online. But when it comes to new episodes, you’ll want to add Starz as a premium channel to Hulu with Live TV, which offers more than 50 channels for $40 per month and includes a free Hulu account. Even better: You can preview Starz for a full month before you’ll be charged.