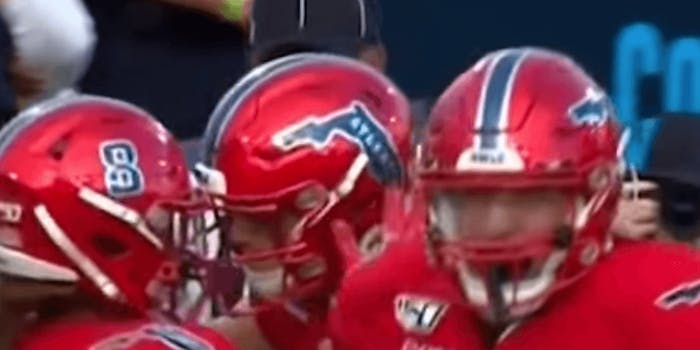 How to stream the Boca Raton Bowl live: SMU vs. FAU

Either SMU or FAU can get to 11 wins this season.

This year’s Boca Raton Bowl features a pair of 10-win teams who had stellar seasons. FAU did everything it needed to do to host this game, whereas SMU had designs on its own home bowl game of sorts in the Cotton Bowl.

FAU, who will pay in just its fourth bowl ever, will have to try and go 4-0 without head coach Lane Kiffin, who has taken the head coaching job at Ole Miss. But the Owls already have their replacement, signing former Oregon and Florida State coach Willie Taggart to a five-year contract to take over the program in only its second decade of life. To get here, FAU held off UAB in the C-USA championship game, also played in Boca Raton.

SMU has reached the 10-win mark for the first time since 1984. Though the Mustangs didn’t make a New Year’s Six game, it has the chance to win a bowl for the first time since beating Fresno State in Hawai’i back in 2012. Former Texas QB Shane Buechele had 3600 yards and 33 touchdowns this season, but it wasn’t enough to win the AAC. Losses to Memphis and Navy put the Mustangs third in the division with only two defeats. Memphis will be taking what SMU saw as its spot in the Cotton Bowl against Penn State. The challenge ahead for SMU now is to fly to Boca and beat a 10-win team playing a bowl game in its home stadium.

Here’s how to watch the Boca Raton Bowl.

How to stream SMU vs. FAU live: Watch the Cheribundi Boca Raton Bowl