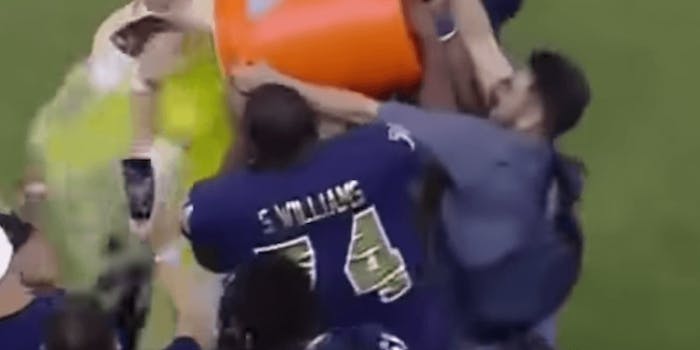 How to stream the Camellia Bowl live: Arkansas State vs. FIU

Arkansas State and FIU both got over on their rivals this year. Which team can finish out with a bowl win?

The 2019 Camellia Bowl features two teams who both got bragging rights over their rivals this year. Arkansas State (7-5) won five more games than Arkansas this season. FIU (6-6), meanwhile, beat their crosstown rivals from the University of Miami to win their sixth game and become bowl eligible.

Bowl eligibility isn’t a new thing for these schools, though. Arkansas State is in its ninth straight bowl game, and FIU is a third straight bowl game, making it five bowl appearances total since the program was founded in 2002. Butch Davis, who’s coaching FIU, won eight and nine games in his first two seasons, and another winning record paired with beating Miami would give him his best season yet. The Red Wolves are favored by 2 1/2-points, but expect a lot of scoring with an Arkansas State team that averages 432 yards per game on offense and allows 481 yards per game.

Here’s how to watch the Camellia Bowl online.

How to stream the Camellia Bowl: Watch FIU vs. Arkansas State live

Camellia Bowl: Why it matters

A win for either team will add to the already great resumes both these coaches have, which could be vital for two schools recruiting in and around SEC country. FIU also needs the win to ensure a winning season for 2019.