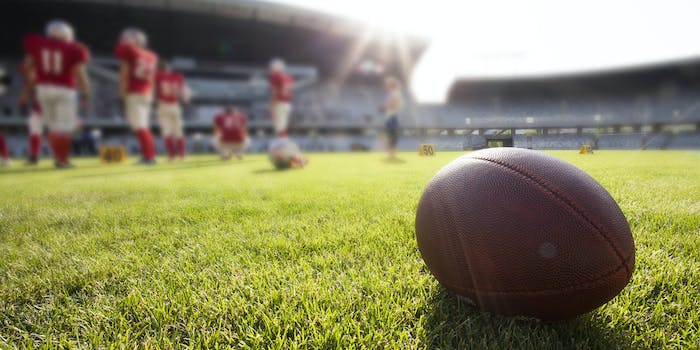 The 2020 college football bowl schedule has been announced, and though it’s been altered (like everything else this year) by the pandemic, there’s a full slate of games all the way from Dec. 21 to the national championship game on Jan. 11.

Sure, the Rose Bowl’s being held at Jerry World and the New Mexico Bowl will be in nearby Frisco, Texas. There’s also the occasional COVID-related cancellation, including the Texas Bowl which was to be the final Dec. 31 game.

Here’s when and how to watch all the bowl games, starting with the College Football Playoff.

This is the full NCAA 2020 college football bowl game schedule. Looking to stream a post-season matchup? Here’s your go-to list.

And here are the streaming services to stream college football live.

Hulu Live TV’s sports coverage includes the full suite of ESPN channels (including ESPN2, ESPNews, ESPNU, and ESPN College Extra), FS1 and FS2), NBSCN, and the SEC Network. In other words, it sets you up well to stream college football. Hulu’s also got you covered for news and entertainment in its nearly 70-channel package.

There’s also a Sports Extras option available for Sling Orange + Blue subscribers, with ACC Network, SEC Network, MLB Network, NBA TV, and NHL Network part of the 19-channel plan. (If you have to choose between a Sling Orange plan and Sling Blue plan, Orange sets you up better for college football.

The Fubo channel list still includes plenty of sports, including the Fubo Sports Network, which has original programming mixing sports and humor. Fubo added the ESPN suite of channels in an agreement that also brought ABC and the Disney Channel. Pretty much every sports channel you could think of is available through Fubo, including BeIN Sports, CBS Sports Network, and TUDN. Fubo sets you up well to stream college football.

At its most basic Plus tier, you can find sports staples like ESPN, ESPN2, and FS1. AT&TV TV Now plans include the loaded Ultimate and Premier tiers, as well as the Spanish-language Optimo Mas package. You’ll be able to stream college football, no matter what team, with at least one of the AT&T TV Now plans.

Even though it’s just one plan, it lets you stream college football thanks to its many sports choices. It comes with ESPN, ESPN2, FS1, FS2, and NBCSN at the ready. Deeper sports cuts, like NBA TV, MLB Network, CBS Sports Network, and ESPNU are also part of the YouTube TV plan.

Vidgo offers a package for under $40 a month that pulls together more than 60 English-language channels into its National English Package. Its channels include ABC, Fox, the ESPN family of channels (including ESPN Deportes), and both ACC Network and SEC Network for college football live streaming. But it’s like Fubo in that, even though it started out for streaming sports, it carries a lot more now. There’s even a Social TV platform that allows you to chat with other Vidgo viewers about what you’re watching.

There’s also two Latino options featuring ESPN Deportes, Fox Deportes, and TyC sports at both levels. At the Plus level on the English side, you get NFL RedZone and all the Pac-12 Network regional options.