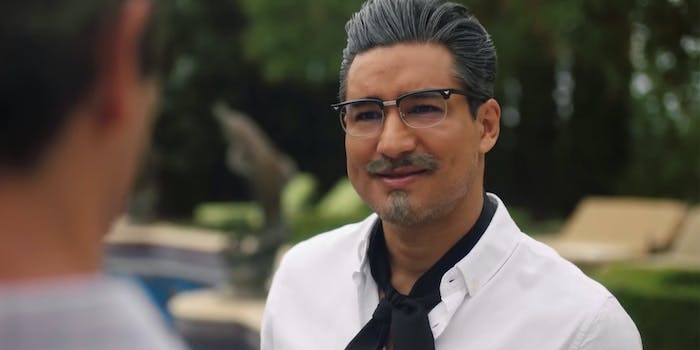 How to watch ‘A Recipe for Seduction’: The KFC Lifetime Movie

What’s the fastest way to get to a woman’s heart? Easy. By the use of a secret blend of 11 herbs and spices. A Recipe for Seduction is the new romantic drama shaking the core of the Internet.

This Lifetime mini-movie takes Colonel Harlan Sanders off of chicken buckets and re-casts him as a hunky chef in a soon-to-be-classic love story. Starring Mario Lopez as Colonel Sanders, Recipe for Seduction is packed full of twists, turns, and steamy romance you want out of a Lifetime movie. Hopefully, there’s maybe a recipe or too.

Here’s everything you need to know to stream A Recipe for Seduction.

What is A Recipe for Seduction?

How to stream A Recipe for Seduction

A Recipe for Seduction on Philo

A Recipe for Seduction on Hulu with Live TV

A Recipe for Seduction on FuboTV

A Recipe for Seduction on Sling TV

A Recipe for Seduction on Vidgo

A Recipe for Seduction on AT&T TV Now