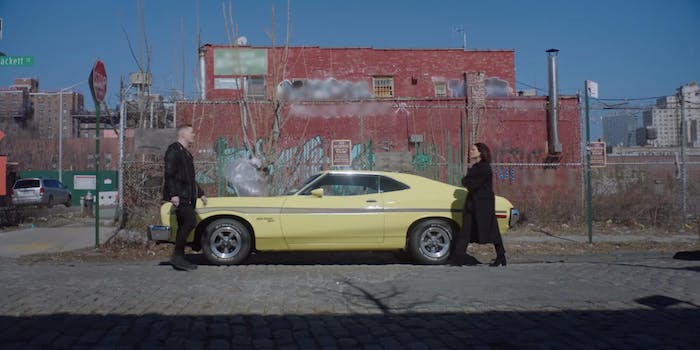 How to stream ‘Power’ season 6, episode 9

Here's everything you need to know about watching 'Scorched Earth.'

Listen up, Power enthusiasts: The show hasn’t been canceled. You can breathe now.

After Oct. 20 came and went without episode 9 airing, fans panicked that the show would be canceled. Rapper and Power executive producer announced that Comcast/Infinity will no longer include Starz, but never fear—Starz itself is keeping Power alive, and this week we’re back to regularly scheduled programming.

To recap, the players in episode 8 of Power season 6 took backstabbing to new heights. Tasha redefined her role in the game by carrying out the truly brutal murder of Tommy’s girlfriend, LaKeisha. In the next episode, this deadly mistake will surely spell trouble for Tasha, as her fingerprints were all over the scene of the crime. Dre bloodied his hands as well by taking out Black Grimace while somehow emerging unscathed yet again.

Meanwhile, Ghost juggled the intricacies of his political ambitions, Tariq leveled up significantly in the drug game, and Saxe got the ax from Warner. Tensions are running high as we enter episode nine, and it’ll be exciting at the very least to see a newly deranged Tommy deal with the death of his lover.

Power season 6, episode 9, “Scorched Earth,” is right around the corner. Here’s everything you need to know about watching it.

When and where does Power season 6, episode 9 air?

The ninth episode of Power season 6, “Scorched Earth” premieres on Oct. 27 at 8pm ET. It airs exclusively on Starz.

Hulu‘s basic service has all five seasons of Power available to stream on-demand. At just $7.99 per month (or $4 more per month to watch commercial-free), it’s one of the best ways to watch Power online. But when it comes to new episodes, you’ll want to add Starz as a premium channel to Hulu with Live TV, which offers more than 50 channels for $54.99 per month and includes a free Hulu account. Even better: You can preview Starz for a full month before you’ll be charged.