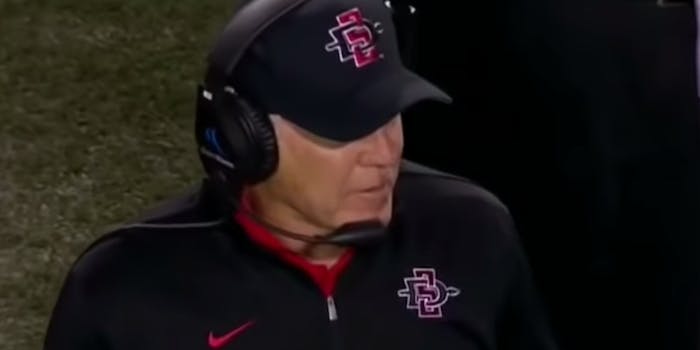 How to stream the New Mexico Bowl live

Bowl season gets into full swing on Saturday with the first game: Central Michigan vs. San Diego State in the New Mexico Bowl in Albuquerque.

The bowl season gets into full swing on Saturday with the first game: the New Mexico Bowl in Albuquerque. This 2019 matchup places Mid-American Conference West Champion and conference runner-up Central Michigan Chippewas (8-5) against a 9-3 San Diego State Aztecs team that finished second in the Mountain West Conference’s West Division.

Central Michigan fell just short to Miami-Ohio (8-5) in the MAC title game, but the season remains a success with the school’s first division championship since 2009. Meanwhile, San Diego State has continued its dominance over the West Division of the Mountain West, finishing in the top two spots in six of the division’s seven -ear history.

In the New Mexico Bowl, San Diego State is a 3 1/2 point favorite and will have the edge on defense as well, with a unit that allows 13 points per game as opposed to the Central Michigan defense at 27 points per game.

Here’s how to live stream Central Michigan vs. San Diego State in the New Mexico Bowl.

New Mexico Bowl: Why it matters

A ninth win for Central Michigan would make the Chippewas a favorite for the division again next year. Meanwhile, a 10th win for the Aztecs could signify a return to the top 25 in 2020 and maybe even a return to the heights reached in 2015 and 2016 with back-to-back conferences titles—going 11-3 both times.