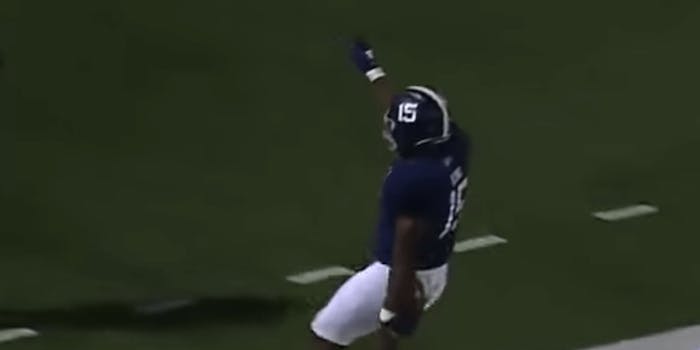 Orlando City Stadium will host its first non-soccer event on Saturday when the Liberty Flames (7-5) take on the Georgia Southern Eagles (7-5) in the FBC Mortgage Cure Bowl for the Flames’ first-ever bowl appearance.

Georgia Southern is 2-0 in bowl games with wins in 2015 and 2018. However, the team has regressed a bit with a 7-5 record this year after getting 10 wins last season for the first time in FBS. Liberty is only in its second season in FBS, and Flames’ 7-5 record is a game better than its debut. Georgia Southern is favored by four points in Orlando, and the Eagles’ heavy rushing attack will be where the game is won or lost as Georgia Southern averages 261 rushing yards per game.

Here’s how to live stream Georgia Southern vs. Liberty in the FBC Mortgage Cure Bowl.

For Liberty it represents a new opportunity to win a first-ever bowl, and Georgia Southern wants to keep its perfect record for a third bowl win in five seasons.