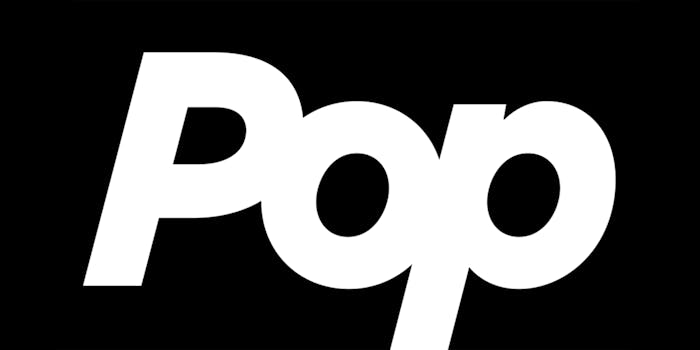 How to stream Pop channel

Where to stream Pop

Ages ago, before the advent of digital cable, you needed to tune into the TV Guide Channel to see just what was on. The concept of a channel that shows nothing but TV listings has gone the way of the 56k modem. Luckily, Pop channel has taken its place.

Pop Channel, known simply as Pop, is just that: a channel that’s all things pop culture. It’s a great destination for cult comedy hits like Schitt’s Creek and One Day at a Time, but it’s also known as a destination for hit movies. It’s also a great place to catch reality programming, including Love Island and Big Brother: After Dark. And if you miss the occasional morsel of pop culture news that used to air on the TV Guide Channel, PopSugar Now is the most watchable daily entertainment magazine.

Here’s everything you need to know to watch a Pop live stream.

What is Pop Channel?

The channel now called Pop launched in 1981 as the Electronic Program Guide, which displayed local listings on broadcast TV and cable. The channel then rebranded as Prevue Guide and Prevue Channel, which also aired listings but also aired original programming. In 1999, it became the TV Guide Channel, which aired similar programming. It went through a few subtle name changes before finally rebranding in 2015 to its current iteration.

Pop is available on a few of the major live TV streaming services. When trying to decide which one is best for you, you’ll want to weigh the cost, the other channels you’ll receive, and the compatible devices for streaming.

Pop on Hulu with Live TV

Hulu Live TV sets you up with local channels and has a broad spectrum of entertainment and sports channels to review, including the full suite of ESPN channels, Cartoon Network, FX, HGTV, and even deep cuts like National Geographic and Syfy, and of course, Pop.

FuboTV started as a streaming service geared toward sports fans, but it’s evolved into a broader option with entertainment and news options alongside its robust sports choices. Depending on the package, you can access as many as 180+ FuboTV channels. If you’re looking to be entertained, Bravo, IFC, MTV, and VH1 are options even at Fubo’s most basic tier. The Fubo channel list still includes plenty of sports, including the Fubo Sports Network, which has original programming mixing sports and humor. The FuboTV cost starts at $54.99 a month, and with Disney Media favorites like ABC, ESPN, and the Disney Channel now on board, some who were on the fence about Fubo are giving it another look.

To watch Pop, you’ll want to dock in at the FuboTV level.

If you’re already looking to AT&T for your wireless needs, you might consider AT&T TV Now to cover streaming for you. AT&T TV Now channels start with Plus and Max, which even include HBO. Then, AT&T plans expand from there, approaching cable selection and pricing with AT&T TV Now’s biggest packages. AT&T streaming also comes with Cloud DVR, letting you record up to 20 hours of TV per month. If you’re looking for Pop, get in at the AT&T TV Now Choice tier to stream it.

If you’re looking for Pop, know that you can stream it on YouTube TV.