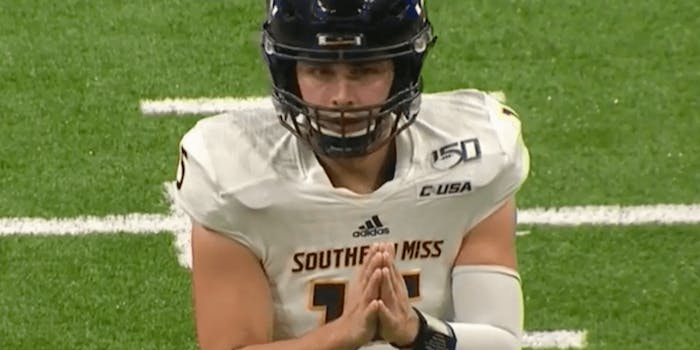 Two former conference rivals, the Tulane Green Wave and Southern Miss Golden Eagles, both hope to end their seasons on a high note when they clash in the Lockheed Martin Armed Forces Bowl. It takes place Saturday morning at Amon G. Carter Stadium in Ft. Worth, Texas.

Southern Miss comes in on a bit of a downer, losing 34-17 at Florida Atlantic in its regular-season finale. The Golden Eagles actually held FAU to only 12 first downs and 156 passing yards. However, as has been an issue all season long for them, quarterback Jack Abraham committed five turnovers, with some of those leading to Florida Atlantic scores.

Abraham has throwing talent, but struggles to protect the ball. He’s thrown 25 interceptions and lost seven fumbles in two seasons. Over his last five starts, his touchdown to interception ratio is 5-7. This means Abraham is almost guaranteed to give the football to Tulane at some point.

Tulane has the 11th-best rushing attack in the country, gaining almost 250 yards per game. It will be tested by Southern Miss’ 14th ranked rush defense, which has only allowed 112 yards per game on the ground this season, and not more 151 in any of its last eight games. However, if the Green Wave defense can create takeaways, it will put USM’s defense in a serious bind. Tulane, though, has lost five of their last six. A big X-factor will be if Tulane can shake those losses and come into the bowl with a fresh mindset.

Here’s how to watch the Lockheed Martin Armed Forces Bowl.

How to stream Southern Miss vs. Tulane live: Watch the Armed Forces Bowl

Tulane is favored to win (the consensus line has the Green Wave as 7-point favorites), but it must limit its turnovers. It’s also one of the most penalized teams in the country. Ranking 123 out of 130 FBS schools, Tulane averages 8.08 penalties per game, and is 120th in penalty yards, at 69.4 yards per contest.