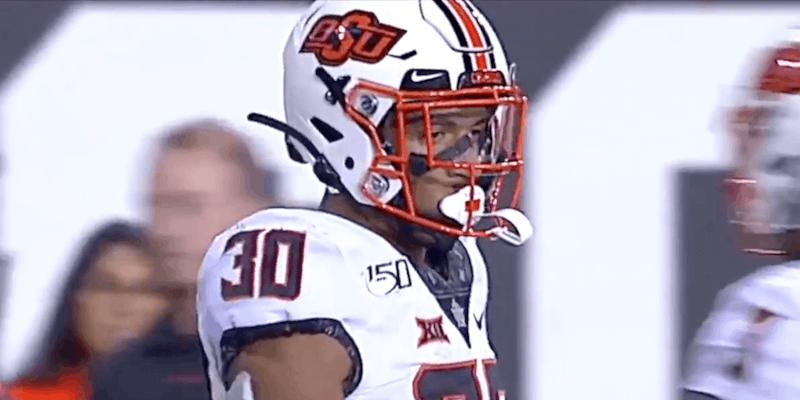 How to stream the Academy Sports + Outdoors Texas Bowl live

Can the Aggies' spotty defense put the brakes on the prolific Chuba Hubbard, Oklahoma State's unanimous All-American running back?

Armed with one of the best running attacks in the country, No. 25 Oklahoma State Cowboys (6-6) travel down to Houston to take on SEC representative Texas A&M Aggies (8-4) for a Friday afternoon game at NRG Stadium in the Academy Sports + Outdoors Texas Bowl.

The game features two former Big 12 Conference opponents, which adds some spice to this matchup.

The Cowboys come into the game with four wins in the past five games, less a 34-16 loss to then-No. 7 Oklahoma, which is in the College Football Playoff. Oklahoma State will play in its 14th-straight bowl game.

Here’s how to watch Oklahoma State vs. Texas A&M in the the Academy Sports + Outdoors Texas Bowl.

How to stream Oklahoma State vs. Texas A&M live: Watch the Texas Bowl

The prolific Oklahoma State running back Chuba Hubbard isn’t only a hero in Stillwater, unanimous All-American, and probable NFL player. He’s also just a kid from Edmonton–as in Edmonton, Alberta, Canada. Hubbard attended and played Canadian-style football for Bev Facey Community High School in Sherwood Park, Alberta, just east of Edmonton. During his three years, he rushed for 6,880 yards on 458 attempts with 82 touchdowns.

Hear from local boy & @CowboyFB star running back Chuba Hubbard as he chats with the local media ahead of being honoured for his incredible @NCAAFootball campaign at tonight's #Oilers game. pic.twitter.com/tZy8X99R2M