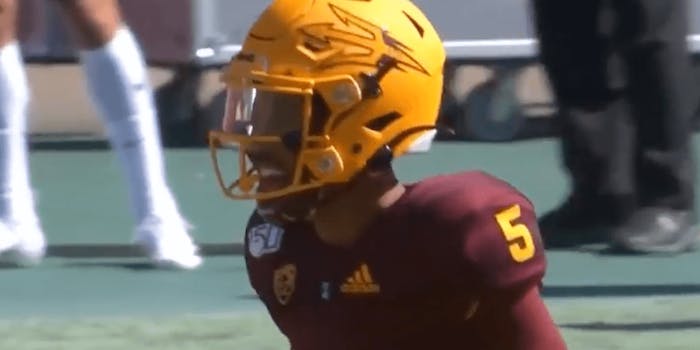 How to stream the Tony the Tiger Sun Bowl online

Florida State comes into the Sun Bowl in the midst of great changes and the end of a tumultuous season. The team is now 13 players short from its opening-weekend roster for various reasons. Wildly inconsistent quarterback James Blackman leads the offense with 2,095 passing yards and 16 touchdown passes. However, running back Cam Akers, the Seminoles’ leading rusher, won’t play in the bowl game and will start preparing for the NFL Draft. Khalan Laborn was slated to start but won’t suit up due to an injury. Wide receiver Tamorrion Terry leads the team with 51 catches for 1,023 passing yards.

But, of course, the big news is Mike Norvell’s hiring as head coach—although defensive coordinator Odell Haggins will coach the team for the bowl game. Norvell, who had great success as an offensive guru at Memphis, will be expected to do what Willie Taggart could not: restore Florida State’s program to its former glory.

Arizona State will also be missing its top running back in Eno Benjamin (253 carries, 1083 yards, 10 touchdowns), who has also declared for the NFL draft. All-purpose back Kyle Williams will shuttle from receiver to running back as head coach Herm Edwards sees fit. Talented quarterback Jayden Daniels leads the Sun Devil offense with 2,748 passing yards and 17 touchdown passes.

Here’s how to watch Florida State vs. Arizona State in the Tony the Tiger Sun Bowl.

WATCH – Festivities for the @TonyTheTiger_SB kick off on Thursday afternoon. 3 of the top players for Arizona State and Florida State won't play to prep for the #NFLDraft, but the Sun Bowl is used to that.

How to stream Florida State vs. Arizona State live: Watch the Sun Bowl

How to use AirTV with Sling (for coverage on CBS)

With Cam Akers moving on to the NFL draft and Khalan Laborn unable to compete, the Seminoles will plug and play whoever’s available. Deonte Sheffield appears to have been overlooked, and Jordan Travis may receive some reps in quarterback run schemes.