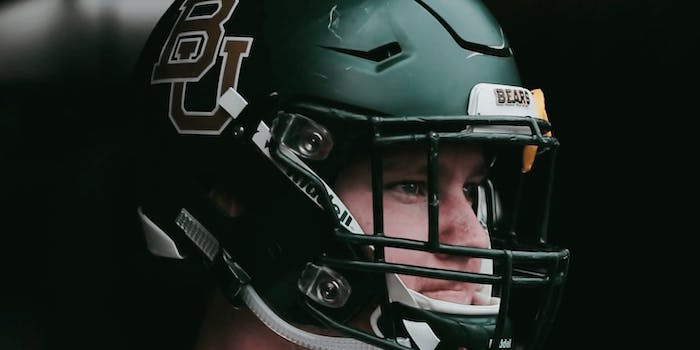 How to watch the Allstate Sugar Bowl live online

Georgia will be without a host of starters, including starting offensive linemen Andrew Thomas and Isaiah Wilson, who've declared for the NFL draft.

Southeastern Conference runner-up No. 5 Georgia Bulldogs (11-2) will battle the resurgent Big 12 delegate No. 7 Baylor Bears (11-2) at the Mercedes-Benz Superdome in New Orleans for the Allstate Sugar Bowl.

When Georgia was beaten down 37-10 by top-ranked LSU, putting them out of contention for the College Football Playoff, quarterback Jake Fromm (214-355, 2,610 yards, 22 touchdowns, 5 interceptions) didn’t have his best showing by a long shot and will be hoping to redeem himself. However, the Bulldogs appeared in the same bowl under the same conditions last year and laid an egg in a 28-21 loss to Texas.

“We talked to our players about three things,” Smart said, ESPN reported. “You’re going to hear this common theme probably among our players because for 11 practices, they’ve been hearing about this trip, this team, and this game, and that’s really it. It’s a one-game season for us.”

Baylor’s resurgence won’t be defined by whether or not it wins the Sugar Bowl, but it will certainly put the program head coach Matt Rhule has turned around—the Bears finished 1-11 in 2017—closer to the national zeitgeist. Junior quarterback Charlie Brewer (227-348, 2,950 yards, 20 touchdowns, 6 interceptions) has shown himself to be the signal-caller a number of the big-name Texas schools didn’t believe he would be. He could set up a Heisman campaign for next season with a strong showing against the country’s fourth-best defense.

Here’s how to watch Georgia vs. Baylor in the Allstate Sugar Bowl.

How to stream Georgia vs. Baylor live: Watch the Sugar Bowl

For Baylor to have a shot, Big 12 Defensive Player of the Year James Lynch will have to wreck shop from the edge. He secured a Baylor record of 11.5 sacks.

Georgia will also be without a host of starters, including offensive linemen Andrew Thomas and Isaiah Wilson, who declared early for the NFL draft. Right guard Ben Cleveland will also miss the game.

11.5 sacks on the year for Big 12 Defensive Player of the Year James Lynch — a new Baylor record!#SicEm pic.twitter.com/791NT7JCcK