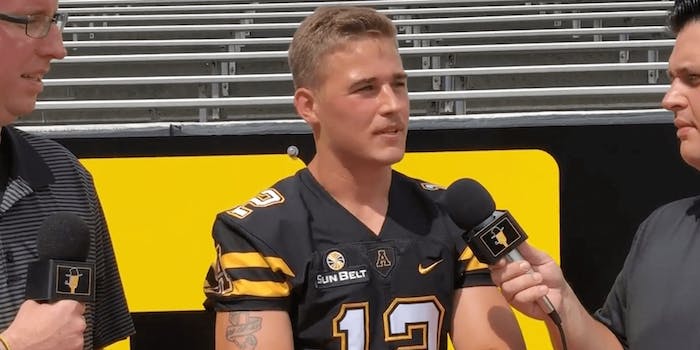 Can the UAB defense limit an explosive Appalachian State offense, or will the Mountaineers blow past the Blazers for their fifth-straight bowl win?

The Appalachian State Mountaineers (12-1) come to The Big Easy as reigning Sun Belt Conference champion. The team meets up with the defensive-minded UAB Blazers (9-4) from Conference USA on Saturday at Mercedes-Benz Superdome in the R+L Carriers New Orleans Bowl.

Appalachian State has undergone the best-known transition from the FCS to FBS divisions in NCAA history.

After winning three-straight Division I FCS national championships (2005 through 2007) the Mountaineers took the leap upward in 2014 as a member of the Sun Belt Conference. If the program rings a bell, it’s likely from its improbable upset of No. 5 Michigan in its 2007 season opener to become the first FCS team to defeat a top-25 FBS team.

UAB, however, has been no slouch this season, ranking No. 9 nationally in total defense. UAB has been to three-straight bowls since 2015-16, the season following a brief pause in the school’s football program.

Here’s how to watch Appalachian State vs. UAB in the the R+L Carriers New Orleans Bowl.

How to stream Appalachian State vs. UAB live: Watch the New Orleans Bowl

New Orleans Bowl: Why it matters

For the second straight year, Appalachian State will play in the New Orleans Bowl under an interim coach. Various media sources reported Sunday that Mountaineers head coach Elliott Drinkwitz is finalizing a deal to head up Missouri.

Last season, Scott Satterfield left the Mountaineers to take over as head coach at Louisville.