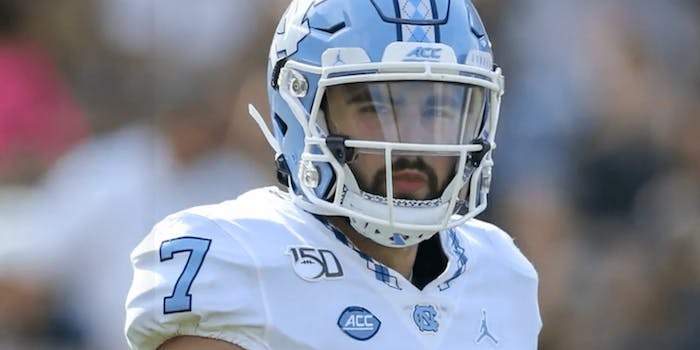 How to watch the Military Bowl online

The Tar Heels are in their first bowl game since Mitchell Trubisky was enrolled.

In the midst of a program rebuild, North Carolina (6-6) travels to Annapolis, Maryland, for a high noon showdown with American Athletic Conference delegate Temple (8-4) on Friday at Navy-Marine Corps Memorial Stadium in the Military Bowl presented by Northup Grumman.

The Tar Heels are in their first bowl game since Mitchell Trubisky was enrolled, a loss to Stanford in the 2016 Sun Bowl. Freshman quarterback Sam Howell (234-388, 3,347 yards, 35 touchdowns, 7 interceptions) looks the part of a future NFL pick. He’s improved with each game, closing out with five 300-yard games in the last seven and thrown three or more touchdowns in each of the last four.

Temple, though, has a strong defense with an excellent secondary (as college football goes these days) and lives on its pass rush. North Carolina’s problematic offensive line will need to be shored up. As is usual with Group of Five–level teams, depth will be an issue for the Owls, which means they cannot afford mistakes.

Here’s how to watch North Carolina vs. Temple in the Military Bowl.

How to stream North Carolina vs. Temple live: Watch the Military Bowl

Military Bowl: Why it matters

The Military Bowl could be the national coming-out party for underrated quarterback Sam Howell, especially against Temple’s good passing defense. As head coach Mack Brown attempts to pull the North Carolina program into mainstream relevancy, Howell and his cadre of receivers could be the big ticket that puts them over the top.