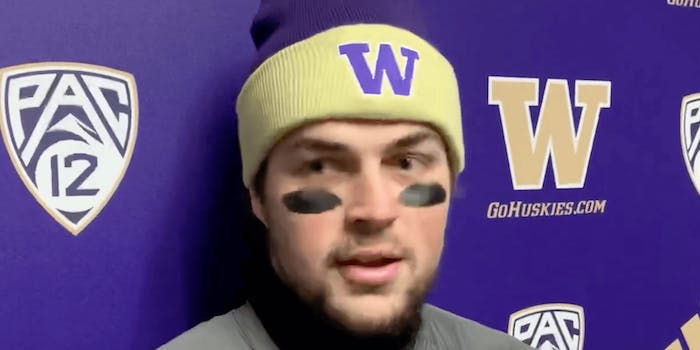 How to watch the Mitsubishi Motors Las Vegas Bowl online

In what will be Washington head coach Chris Petersen's last game, his team takes on Boise State, the program with which he made his name.

In Boise State, Washington head coach Chris Petersen gets the last opponent he would’ve wanted for his last game as a college football head coach. Peterson was Boise State’s head coach from 2006 to 2013.

Perhaps unsurprisingly, Petersen is more excited about the opportunity than the opponent.

“Love going to Las Vegas,” Petersen said in a news conference Sunday, the Seattle Times reported. “Been there a few times and they do a great job and it’s an awesome location for fans. The other thing is just being an early bowl game. Sometimes these things can just drag on for a long time. So it’s one of the rare (early) bowl games. So we’ll go prepare, be ready to play.”

“Obviously, personally speaking, there’s a lot of other teams that I’d like to be playing for this last time. But it is what it is, and it’s interesting how sometimes these things work out.”

IT'S OFFICIAL … the 28th @mitsucars Las Vegas Bowl 🏈will feature No. 19 @BroncoSportsFB vs. @UW_Football!

The players to watch are the quarterbacks, Washington’s Jacob Eason and Boise State fifth-year senior Jaylon Henderson. The latter spent the back half of the season subbing in for freshman sensation Hank Bachmeier, who’s been out with a mysterious hip injury.

Here’s how to live stream Washington vs. Boise State in the Mitsubishi Motors Las Vegas Bowl.

How to stream Boise State vs. Washington live: Watch the Las Vegas Bowl

Las Vegas Bowl: Why it matters

It will be the poetic homecoming and curtain call for Huskies head coach Chris Petersen’s college football coaching career—at least for the time being—as he transitions into an administrative role at Washington. Known for putting Boise State on the map, as a mid-major-turned-major bowl game giant-slayer, Petersen could not get a better send-off than this.