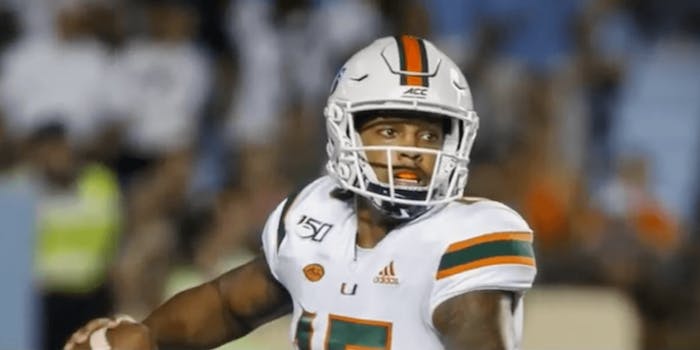 Once a proud, incredibly successful program, Miami has seen better days. Can it end the season on an uptick against Louisiana Tech?

The Louisiana Tech Bulldogs (9-3) will shuttle over from Ruston to Shreveport to meet up with the Miami Hurricanes (6-6) on Thursday at Independence Stadium in Walk-On’s Independence Bowl.

X-Factors of the Game: Meet QB 1⃣ for the Miami Hurricanes and Louisiana Tech Bulldogs! pic.twitter.com/DwrQ8nNckz

Once a proud, incredibly successful program, Miami has seen better days. It has somehow become a middling location for three- and low-four-star talent, even out of Florida’s fertile football grounds. As it stands, it’s unlikely Louisiana Tech will feel any fear for the Hurricanes, especially now that Miami will be without a number of playmakers on the defensive line.

The Bulldogs, though, give up a lot of yards, ranking 69th in the nation in total defense (390.3 yards allowed per game). It will likely give up even more, with star cornerback Amik Robertson sitting to prepare for the NFL draft. Miami quarterback Jarren Williams will have tremendous opportunities downfield with Tech’s lack of depth in the defensive backfield.

Here’s how to watch Miami vs. Louisiana Tech in Walk-On’s Independence Bowl.

How to stream Miami vs Louisiana Tech live: Watch the Independence Bowl

Independence Bowl: Why it matters

Earlier this month, talented linebacker Michael Pinckney became the fourth Hurricane to pull out of the bowl game, joining edge rusher Trevon Hill, wide receiver Jeff Thomas, and defensive end Jonathan Garvin, all believing they have a chance to be drafted within the first three rounds in the NFL draft.

The loss of playmakers, especially on defense, will most definitely help the Bulldogs. In fact, most of ESPN’s College GameDay crew not only picked Louisiana Tech to win, but they also used it as an opportunity to pile on.

Needless to say, a loss to Louisiana Tech would turn the season from underwhelming to disastrous.