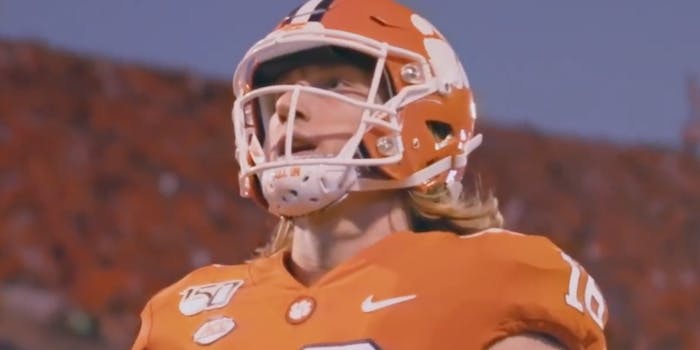 How to watch the PlayStation Fiesta Bowl live online

Ohio State and Clemson will face off in a Saturday night showdown for the right to play in the title game.

This year’s PlayStation Fiesta Bowl is a Saturday night showdown, making up one of the semifinals in the College Football Playoff. The No. 3 Clemson Tigers (13-0) travels to the Arizona desert as ACC champions to take on the No. 2 Ohio State Buckeyes (13-0), for a marquee matchup at State Farm Stadium.

Ohio State sophomore QB Justin Fields, who finished third in the Heisman Trophy voting, threw for 40 touchdowns this season, on 9.6 yards per attempt (which ranks sixth in FBS) and 6.52 air yards per attempt (which ranks second), with just a single interception. This means Clemson’s talented secondary, led by safety Grant Delpit, will be tested early and often. J.K. Dobbins, who finished sixth in Heisman Trophy voting, will give the Tigers a special kind of headache. He’s rushed for 1,829 yards and 20 touchdowns so far this season. Edge rusher Chase Young led the nation with 16.5 sacks and was also a Heisman contender, finishing fourth in voting. He’s a world eater of the highest order and will be next to impossible to block for four whole quarters.

Clemson, though, has plenty of experience in national championship pressure. QB Trevor Lawrence has played better every week after a terrible start to his 2019 season. Travis Etienne leads the Tigers in rushing with exactly 1,500 yards, and can also catch out of the backfield. As good as the Buckeye defense has been, Clemson’s defense, led by junior linebacker Isaiah Simmons, is ranked first in total defense and hasn’t allowed more than 20 points all season long.

Given the closeness in overall depth and talent, this semifinal feels like one that will be decided via penalties and special teams. But even those battles will live on a razor’s edge, as the teams are comparable in third-down defense, charged penalties, net punting, and turnover margin.

Here’s how to watch the PlayStation Fiesta Bowl.

How to stream Clemson vs. Ohio State live: Watch the Fiesta Bowl

Ohio State QB Justin Fields said during Tuesday’s media event that his injured knee, which bothered him in the Big Ten championship game against Wisconsin, is at about “80 to 85 percent.”

“My knee is not where I want it to be right now, but I think with treatment every day and just resting it every day, hopefully, it will be better by the game,” said the Heisman Trophy candidate, adding that he would wear a lighter knee brace than the one he wore in the Big Ten title game.

“I’m just going to hope and pray that I feel better by game day.”