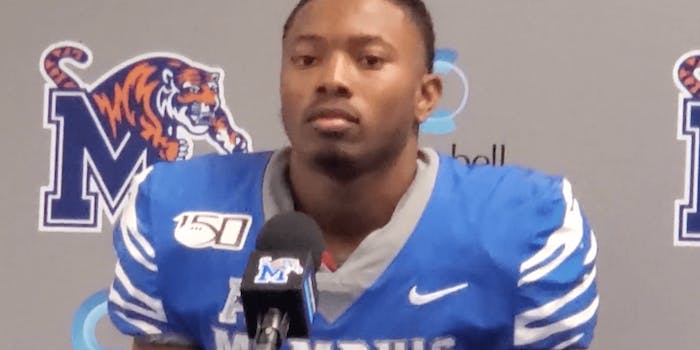 How to watch the Goodyear Cotton Bowl Classic online

The Nittany Lions have reached double-digit wins for the third time in four seasons, with losses to Minnesota and College Football Playoff participant Ohio State. This is the third New Year’s Six bowl since 2016 for head coach James Franklin’s program. Penn State’s steady offense is led by quarterback Sean Clifford, who’s put up 2,521 passing yards and 22 touchdowns. Running back Journey Brown leads the team with 688 rushing yards and 10 scores. K.J. Hamler is the team’s leading receiver with 54 catches for 858 yards and eight touchdowns.

It’s the stout Penn State defense that carries the bulk of the weight, though, as the 24th-ranked defense in the nation and 5th in rush defense (97 yards per game).

Conversely, Memphis boasts the 10th-best total offense in the country, rushing for 196 yards per game. Talk about the rubber meeting the road.

Tigers quarterback Brady White leads the potent offense with 3,560 passing yards and 33 touchdowns. Redshirt freshman running back Kenneth Gainwell has been one of the nation’s best all-around talents, averaging 150.5 yards per game from scrimmage (sixth in the FBS). He’s gained 1,425 rushing yards and 12 touchdowns, with 44 receptions for another 532 yards and three scores.

Here’s how to watch Memphis vs. Penn State in the Goodyear Cotton Bowl Classic.

How to stream Memphis vs. Penn State live: Watch the Cotton Bowl

Coaching matters—and Memphis will be without its head coach of the previous four seasons. Mike Norvell left the program to take over at Florida State. Memphis named deputy head coach and offensive line coach Ryan Silverfield as its new head coach.

Penn State will also be without a main cog in its coaching staff, as offensive coordinator Ricky Rahne left the team to become the head coach at Old Dominion.