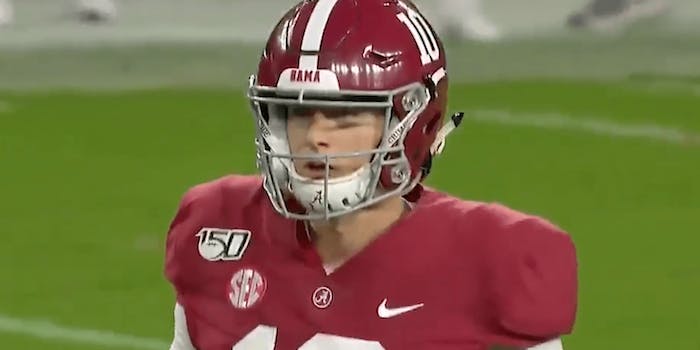 How to watch the Vrbo Citrus Bowl live online

Motivation could be an issue for Alabama, which expects to play for national championships and nothing less. Michigan, though, wants a signature win.

Representing the Southeastern Conference, No. 13 Alabama (10-2) takes on Big 10 delegate No. 14 Michigan Wolverines (9-3) in a New Year’s Day matchup at Camping World Stadium in Orlando in the Vrbo Citrus Bowl.

Viewers can throw stats out of the window: This is about (competing) motivations.

The Crimson Tide walked through its first eight games before losing in a nip-and-tuck 46-41 game to LSU. Following two additional wins, including a useless 66-3 drubbing of Western Carolina, Alabama lost 48-45 to Auburn in the Iron Bowl. (Its No. 13 ranking is laughable given its losses, by a combined eight points, come to well-regarded schools.)

Michigan will be absolutely juiced to play Alabama, because for head coach Jim Harbaugh, this has to be about more than football. It’s about respect for Big 10 football and Michigan as a national brand for nonlocal or regional big-name recruits to respect. However, the Wolverines have lost their last three bowl games.

Motivation could be an issue for the Crimson Tide, which expects to be playing for national championships and nothing less. Alabama head coach Nick Saban said he thinks his team has approached the game with the right mindset.

“I talked to the players about, ‘We want you to have a good time, we want you to enjoy yourself, but we also want to play well in the game,'” he said, ESPN reported. “We’ve got a lot to prove in this game in terms of, we’re a little bit disappointed in how we finished the season, so this is an opportunity that we have to try to play well against a good team.”

Here’s how to watch Alabama vs. Michigan in the Vrbo Citrus Bowl.

How to stream Alabama vs. Michigan live: Watch the Citrus Bowl

Mac Jones has played pretty well in relief of the injured Tua Tagovailoa: 1,176 passing yards, 11 passing touchdowns (including four scores against Auburn) and only three picks. He’s Alabama’s QB1 of the future, so this game against Michigan will be an excellent chance for him to solidify his position heading into next season.

#Alabama QB Mac Jones has had over a month to settle in as the new leader for the offense. Talking with him today he sure sounds confident, with a big chance to prove himself. pic.twitter.com/oPYpZyJYL6