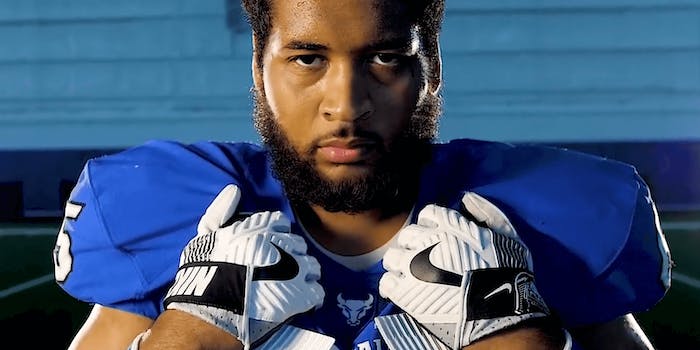 How to watch the Bahamas Bowl online

The weather forecast for the Bahamas Bowl is calling for severely strong winds.

The Charlotte 49ers (7-5) will play in the first bowl game in program history when they meet the Buffalo Bulls (7-5) on Friday in the Makers Wanted Bahamas Bowl.

Both teams rode late-season surges to become bowl eligible and played themselves into arguably the best non-New Year’s Six bowl location for a postseason game–Nassau, Bahamas. (The Hawai’i Bowl organizers and locals would likely beg to differ.)

The 2019 bowl season begins in the Bahamas on Friday, Dec. 20 as @UBFootball takes on @CharlotteFTBL in the sixth-annual Makers Wanted Bahamas Bowl at 2 pm ET. Watch the longest-running international bowl game in #CFB150 history on ESPN!#BowlGamesAreBetterInTheBahamas pic.twitter.com/M6W3uhfo7U

Charlotte QB Chris Reynolds, a former walk-on, has thrown for nine touchdowns and rushed for three more scores in his last five appearances–all wins. He’s accumulated 336 and 354 passing games in those wins and has 90 rushing yards in each contest. However, Buffalo features, not one, but two, 1,000-yard rushers in Jaret Patterson (1,626 yards) and Kevin Marks (1,008 yards.)

Here’s how to watch the Makers Wanted Bahamas Bowl.

How to stream Buffalo vs. Charlotte live: Watch the Bahamas Bowl

Bahamas Bowl: Why it matters

A bowl game in the Bahamas—not much could be better for either team as far as a destination for the postseason. As far as the game goes, it will be interesting to see how the 49ers handle the Bulls’ two-headed rushing monster in Patterson and Marks, as they rank 97th in the country in rush defense. Buffalo, however, is fourth in the country. Weather forecasters are predicting high winds, which bodes well for running teams like the Bulls.