How to watch the 2019 Overwatch League season

The new season of Overwatch League is here.

Overwatch League 2019 is almost here, and it’s time to get on the dang point. The 2018 season kicked off the league’s place in esports history with some significant changes to how esports competitions are viewed, and 2019 is looking like it will make just as many alterations to better serve fans. Thankfully, it’s still really easy to stream Overwatch League. Here’s everything you need to know to watch the 2019 Overwatch League season.

What is Overwatch League?

Overwatch League, which began formally in 2018, is the competitive esports league for Blizzard’s Overwatch, a multiplayer team-based action game. Two teams of six players each compete to capture a point, push a payload along a path by eliminating enemy players, or at least obstruct them from the objective.

Teams are competing for a $5 million prize pool, up from $3.5 million in 2018. The two playoff phases are broken up thusly:

The number of teams competing for the 2019 Overwatch League championship has increased dramatically from last year. Eight additional teams have been added, and each team is once again representing a major city from around the globe.

When does Overwatch League 2019 start?

Overwatch League matches are held every Thursday, Friday, Saturday, and Sunday during each of the four pre-championship stages, with some exceptions for “Homestand Weekend Series” games and during the fifth week of Stage 1. Most of the Homestand games are during the fourth or fifth week of each stage.

You can check out a full interactive schedule here.

How to watch 2019 Overwatch League on TV

Select games from Overwatch League will be made available to watch on ESPN, Disney XD, and ABC. While only the opening week matchups have been announced thus far, if you’re looking to an easy way to get all three of those channels in one live TV streaming package, we’d recommend Hulu with Live TV. For just $40 per month, you get more than 50 channels of live TV, including a full suite of ESPN and quality entertainment options. More importantly, you’ll also unlock access to Hulu’s full catalog of TV shows and movies, which is arguably even better than Netflix these days. 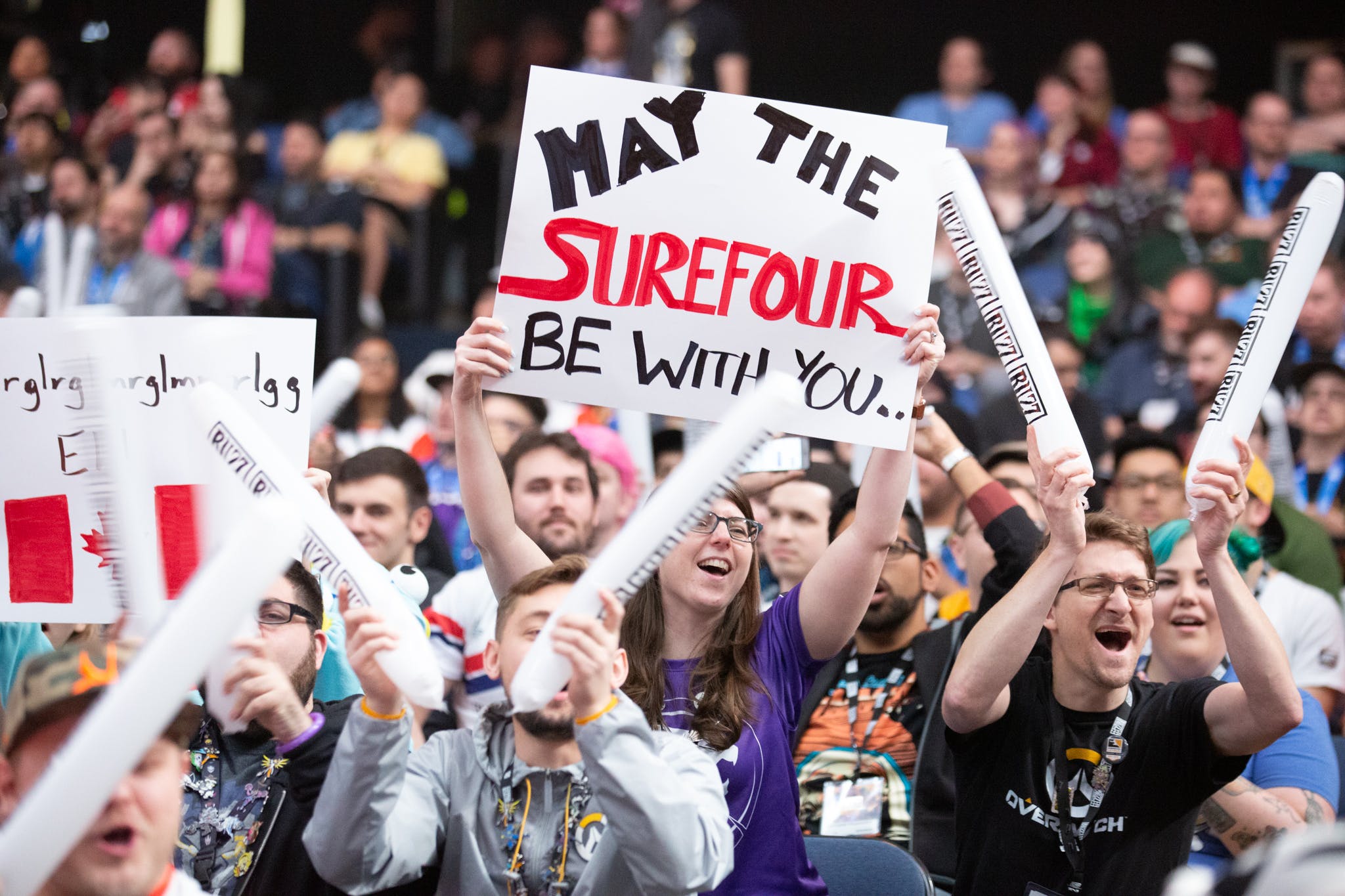 How to watch Overwatch League 2019 for free

It’s easy to watch Overwatch League 2019 online. No matter which team you’re into, there always a way to stream matchups no matter where you’re at or what device you’re on.

Cost: Free
Available on: PC, Mac, and anywhere you can access a web browser to stream through.

This free app is a great little tool and offers a surprisingly large amount of content to chew through if you want to stay atop of all the Overwatch League 2019 offerings. Log-in with a Blizzard or Facebook account and you can follow any team(s) you want, check each week’s schedule, and look up overall Win/Loss statistics. Most notably, most of (if not all) the video and written content that Overwatch League produces is available to read, including team previews, interviews, and special features. Of course, you can also watch an Overwatch League live stream during game days.3)

Cost: Free with ads and Amazon Prime, or you can subscribe to Twitch Turbo for $8.99 a month.
Available on: PC, Mac, iOS, Android, Nvidia Shield, Xbox One, PS4, Xbox 360, Chromecast, Fire TV

Overwatch League is partnered with Twitch to provide live streams of all matches, so you can watch it on the most popular video game streaming service known to man. Go to twitch.tv/overwatchleague to watch the current live stream, or view selected clips. Unfortunately, as of August 2018, Twitch Prime members no longer get ad-free viewing, so you’ll have to pay an extra $8.99 for Twitch Turbo if you want to keep things uninterrupted.

More info on future broadcasted matches should be available in the next few weeks leading up to the start of the Overwatch League 2019 season.