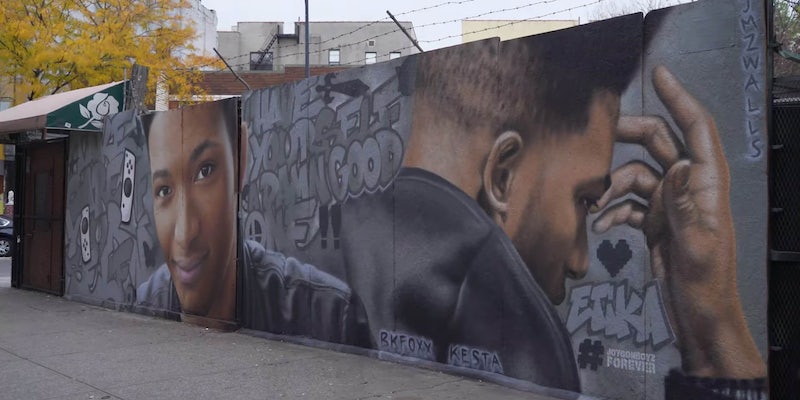 The mural is located in Etika's home borough of Brooklyn, New York.

The mural was commissioned by YouTuber Double A in Nov. 2019 as a tribute to Etika in his home borough of Brooklyn, New York. Double A intended for fans of Etika to take pictures at the mural and post them online with the commonly used nickname for Etika’s fans, #joyconboyzforever, in order to remember Etika and the community around him long after his untimely death.

On June 24, 2019, police officers pulled an unresponsive man from the East River in New York City. The next morning, NYPD confirmed the man’s identity as Amofah and ruled his death a suicide.

Shortly after the mural popped up in Bushwick, a Pokémon Go YouTuber from the Netherlands by the name of REVERSAL called on his audience of over 360,000 subscribers to petition developer Niantic to make the memorial mural an official PokéStop.

REVERSAL did this through Pokémon Go’s Wayfarer tool. Wayfarer allows level 40 players, the current level cap, to petition for new locations of interest within the alternate reality game.

The PokéStop has since been approved and an in-game description of the mural reads, “Remembering the passing of Etika, JoyConBoyz forever.” Now, Pokémon Go players and fans of Etika can congregate at the mural while participating in a hobby that Etika was so passionate about.