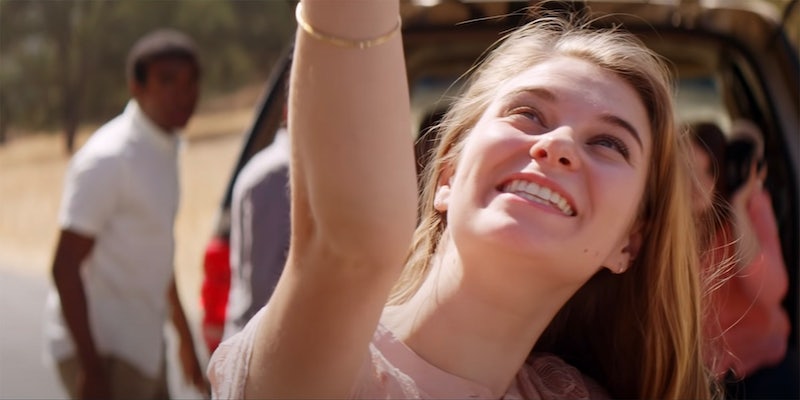 The best movies on Shudder

Shudder is a horror fan's best friend. These movies prove that.

Shudder is a streaming service that specializes in the collecting the best horror content in the world in one space. From obscure lost slasher movies to new releases you won’t find anywhere else, Shudder is a must have for horror fans everywhere where. You won’t just find the best movies on Shudder, but original series and decades with of horror TV.

Best of all, Shudder is affordable at jusst $5.99 a month or $56.99 for an annual subscription, with a seven-day free trial available. It’s also available through Amazon Prime Video as a $4.99 per month add-on channel.

The best horror movies on Shudder

With so many Shudder movies to choose from, it’s easy to get overwhelmed. No matter what your taste in horror, there’s something on Shudder that fits your needs. Here are the best movies on Shudder right now.

Cult director Larry Cohen is best known for his killer baby movie It’s Alive, but The Stuff is his masterpiece. This satire of 80s consumer culture sees a magic new health food product, known only as the stuff, start to fly off shelves and into the hearts of Americans everywhere.

The problem is no seems to know exactly what’s in the Stuff, and people who eat too much are beginning to have strange reactions. With colorful, imaginative practical makeup effects and a twist you’ll never see coming The Stuff is a hysterical, and frightening, delight.

A decade after Michael Myers drenched the town of Haddonfield in blood the killer waits in a hospital for the criminally insane. Catatonic, lethal, and biding his time. When Myers discovers he has a niece living in Haddonfield the Shape stages an escape to tie up loose ends.

Far more violent than the lowkey original film, Halloween 4 has built a loyal following over the years thanks to its unforgettable ending. You’ve seen the first Halloween a million times. Now experience the wonderful terror of its unfairly maligned sequel.

On October 31, 1987 a crew from WNUF set out to make television history by doing a live broadcast from a haunted house. Reporter Frank Stewart and four other people entered the Webber House to prove once and for all if ghosts exist. Unfortunately for Stewart and his crew, they’re going to learn the answer.

Produced in 2013 WNUF Halloween Special, is a wild card in the found footage genre. Shot using era accurate special effects and cameras it’s easy to get lost in the vintage nature spin on an over saturated genre.

Shudder curates one of the best collections of original horror on the planet, uncovering the next generation of classics today. Anything For Jackson is a horrific tale of two loving Grandparent’s journey into the world of black magic. Following the death of their Grandson, the Walsh’s seek out an ancient spell that will bring him back.

Walking into Anything For Jackson knowing more than that would be a disservice to yourself as a viewer. While there is gore, it’s not the point, and discovering what form it takes would ruin the best surprises. Just don’t watch this one if you’re expecting.

Monster movies always center the people monster’s are chasing. That is unless you’re watching Nightbreed. Clive Barker’s fantasy horror follows a man haunted by dreams of Midian, a lost city of monsters.

Everyone says he’s crazy, from his girlfriend to his shrink. But when he discovers Midian is real he unleashes humanity on the monsters. Sometimes we’re what the things that go bump in the night need to fear. Nightbreed is a fairy tale nightmare you’ll never forget.

If you’ve ever lost a night’s sleep to The Conjuring series you owe it yourself to check out Terrified. Just make sure to close your closet doors before bed.

This Spanish ghost story follows a cop and a pair of paranormal investigators exploring a series of gruesome hauntings in a small neighborhood. Featuring some of the most nightmarish imagery in modern horror history and a nihilistic tone, Terrified is a new classic.

The sleeper hit of 2018 has finally hit streaming as a Shudder exclusive. Explaining what Mandy is about would ruin the psychedelic joy of experiencing the film for yourself. Just know it involves Nick Cage fighting a gang of demon bikers and a hippy cult in a technicolor nightmare out of an Alice Cooper acid trip. If you’re going to get high before one horror movie this year, make it Mandy.

In 1982, Stephen King and George Romero teamed up for two anthology films ripped from the pages of old EC Comics. This year, Shudder is jumping on the reboot bandwagon with a new anthology show based on Creepshow. Season one features twelve episodes, dropping once a week. It’s like a little advent calendar for Halloween.

Sick of found footage? So are the makers of Found Footage 3D, a satirical (until it’s not) send-up of the genre and all of its problems. Found Footage 3D is a deeply funny movie about independent filmmaking and issues that have caused the found footage genre to grow stagnant over the years.

By the time a third act twist arrives with actual frights in tow, the movie will already have won you over, and then it’ll leave you with a terrifying finale you won’t forget.

While we like to pretend that all children get childhoods, often they face just as many horrors as adults. Tigers Are Not Afraid blends real life and fantasy into a nightmare sset in the backdrop of Mexico’s drug war.

After a cartel kills their parents, a group of orphans go on the run, with only the promise of three wishes to protect them. Gruesome, whimsical, and genuinely moving, it’s understandable why luminaries like Guillermo del Toro have been singing this film’s praises.

Horror has always had a complicated relationship with the male gaze, particularly when it comes to the “rape revenge” genre. That’s why Coralie Fargeat’s staggering Revenge is such a breath of fresh air, even if it feels like a gasp while drowning. Jen goes on a secluded getaway with her married boyfriend only to have the festivities crashed by his scumbag friends.

When she’s assaulted, Jen tries to escape, only to end up injured and left for dead by her pursuers. Unfortunately for them, Jen lives, taking her revenge on each man as they hunt her down through the night. Vicious, without lingering on the sexual assault, Revenge puts a defiantly feminist twist on an otherwise unforgivable genre.

The latest from Ryûhei Kitamura, director of Versus and No One Lives, is yet another masterpiece of splatter and tension. Six college students on a cross-country road trip experience a blowout in the middle of nowhere.

Upon closer examination, it appears someone shot out their tire, a fear that’s quickly confirmed when the bullets keep coming. Utilizing a single location for the majority of a movie is a brave move, but Kitamura uses the space to create a desolate killing field. Smart, sharp, and chilling, Downrange is a Shudder exclusive worth signing up for.

This splatter classic from director Lucio Fulci was brutally censored when it was originally released, but thanks to help from Quentin Tarantino, the uncut version is finally available. The plot is largely nonsensical, but the imagery is unforgettable, with gore set pieces that will have you howling or gagging depending on your tastes.

During renovations on a house she just inherited, a woman accidentally opens a portal to hell, summoning ghosts, monstrous spiders, zombies, and other horrors from its depths. Time has helped soften the blow of the violence, but this is still a film where a zombie child gets its head blown in half. Don’t eat spaghetti while you’re watching.

Grinding your way up the corporate ladder can be soul-crushing, but at least it isn’t murder. That is unless you live in a world that’s discovered a highly infectious virus that makes people act out their wildest desires. When Derek Cho gets framed for someone else’s mistake at work, he decides to fight back.

Unfortunately for him, and everyone at his office, an outbreak of the virus is about to turn these cubicles into a killing field. This dark as night horror comedy stars Steven Yeun of The Walking Dead and is exclusive to Shudder. It’s also an absurdly fun, occasionally scary blast of horror action. Shudder has even included a commentary track version of the film for your enjoyment.

Few things exemplify the best parts of the weird internet like Creepy Pasta. These modern urban legends, often passed around anonymously on message boards, have replaced ghost stories around campfires for millions of people.

Channel Zero is a long form anthology series based on these online legends, with each season focusing on a different story. Originally airing on the Sci Fi Channel, Channel Zero is a shockingly violent and always terrifying nightmare of prestige television.

If you want your horror movies hosted by a legend: The Last Drive-In with Joe Bob Briggs

Only ’90s kids will remember TNT’s late-night horror show Monster Vision with Joe Bob Briggs, but thanks to the magic of Shudder, everyone can experience it now. Featuring legendary genre film critic Joe Bob Briggs and Darcy the Mail Girl, The Last Drive-In finds the duo breaking down classic genre features.

Each season features classic movies, each broken down to their drive-in totals, including kill counts and nudity. This is easily the most fun way to catch up on Shudder’s back-catalog, including titles like Street Trash and Texas Chainsaw Massacare.