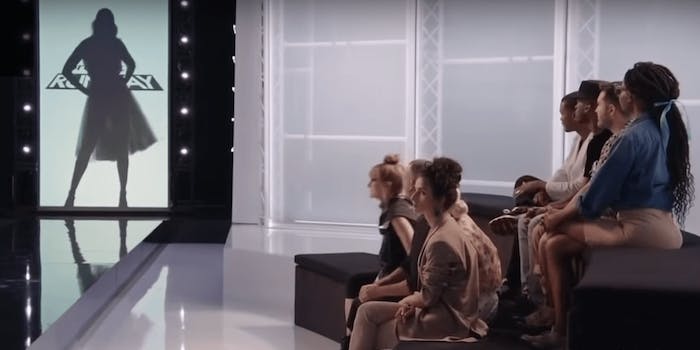 How to watch ‘Project Runway All Stars’ online for free

Make it work, All Stars.

Project Runway is cutthroat as fashion gets. Project Runway All Stars collects fashion champions from across the globe to see who among them can “make it work” better than the rest.

This spin-off takes Project Runway winners from the U.S. and international versions of the program and pits them against each other in a fashionable battle royale. Each contestant may have won against the slacks and amateurs from their season, but how will they face off against fellow champions? Hosted by Alyssa Milano and featuring judges Georgina Chapman and Isaac Mizrahi, Project Runway All Stars promises to get personal, competitive, and most of all, fierce.

Here’s everything you need to know to watch Project Runway All Stars online for free. How to watch Project Runway All Stars online for free

The following live TV streaming services include the Lifetime channel and offer a one-week trial, allowing you to watch Project Runway All Stars online for free—at least until you’re ready for a longer-term commitment. The links below will offer a quick primer on what channels you’ll get with each service, what devices you can use to stream, and how much each one costs.

Sling TV offers two cable packages based on your particular needs (Sling Orange and Sling Blue), and Lifetime is available in both. Each Sling TV package runs $30 a month. Among Sling Blue’s channels are two Fox Sports Channels, NBCSN, FXX, and the NFL Network, along with HGTV and TLC. Sling Orange has three ESPN channels, Freeform, and entertainment destinations like Epix and BBC America. If you nab both packages together (Sling Orange + Blue, which costs $45 per month), you’ll save $15. (Here’s the complete guide to Sling TV channels.)

Philo is the least expensive streaming service, but it has some limitations. You won’t find the sports channels that dominate other packages or local channels. But you will find the best deal on popular channels like AMC, IFC, Lifetime, and even deep cuts like IFC and ID. You also get free cloud DVR, but shows recorded are deleted after 30 days, so binge responsibly.

Hulu with Live TV not only gives you access to on-demand content, but you’ll also be able to stream live TV, including local networks. If you miss Project Runway All Stars when it airs, no worries: It will be available on-demand along with countless movies, classic programs, and of course, original series available exclusively on Hulu. Right now, seasons 3-6 of Project Runway All Stars are available for on-demand viewing. You’ll also get access to almost 60 channels, including Lifetime, ESPN, USA,  and plenty more. (Here’s the complete list of Hulu Live TV channels.)

If you’re a sports fanatic, FuboTV is a streaming service built just for you. Plus, it comes with Lifetime, so you’ll be able to watch Project Runway All Stars between games. This streaming package is great for fans of basketball, international soccer, golf, and even rock climbing. For the rest of the family, there’s a suite of great channels including Food Network,  IFC, TBS, Cartoon Network, and more. (Here’s the complete FuboTV channels list.)

AT&T TV Now is AT&T TV’s answer to online streaming. If you simply must have the most channels, AT&T TV Now offers upwards of 125 of them in its most expensive package. Of course, its basic $65-a-month Live a Little plan will get you access to Lifetime, where you can get your fix of Project Runway All Stars. (You can find the full list of AT&T TV Now channels here.)

How to catch up on Project Runway All Stars episodes

If you’re looking for a place to catch up on older episodes of Project Runway All Stars, there are a couple of options.

You can watch past episodes of Project Runway All Stars on your TV, tablet, phone, or computer. Individual episodes cost $2.99 each, but you can nab an entire season for $25.99-$28.99.

You can catch up on select recent episodes of Project Runway All Stars on the Lifetime website. All you have to do is register at MyLifetime.com and select which show you want to watch. You’ll be asked to provide login information and can choose from a handful of the live-streaming services above, including Hulu, FuboTV, AT&T TV Now, and Philo.

Not quite ready to commit to Hulu with Live TV? That’s OK. You can still catch new episodes the day after they air with a standard Hulu subscription, and seasons 3-6 are available to stream on-demand. Even better, Hulu recently slashed its base price, allowing you to get started for just $5.99 per month (following your free trial).