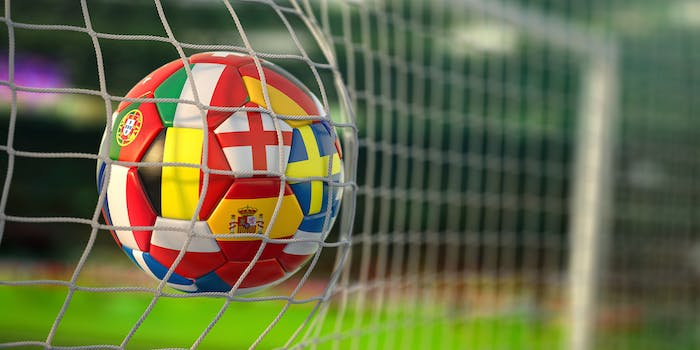 Here's how to stream the Euros.

After a year’s delay, you’re able to stream the Euros — also known as Euro 2021, or its original Euro 2020 name. It starts with the group stages that commenced June 11, all the way to the July 11 final.

Unlike past tournaments, it’s not just hosted in one nation. As part of the festivities around the tournament’s 60th anniversary, 11 different nations are involved with the staging of the event.

What is the Euros?

The Euros is UEFA’s quadrennial soccer tournament crowning the best team in Europe. UEFA, the federation overseeing soccer in Europe, is best known for running the annual Champions League tournament involving the best club teams. The Euros is all about international teams; Portgual is the reigning champ by virtue of beating France in extra time of the 2016 finals.

Typically, the Euros are held every four years, timed to be halfway between each World Cup. The Euros, in fact, function as a mini-World Cup. But, as you’ve probably guessed, the pandemic interrupted the sports calendar, and UEFA officials opted to move the tournament to 2021.

How do teams qualify for the Euros?

There’s a whole playoff system involving all 55 UEFA nations, which include Israel, Turkey, Georgia, and Azerbaijan, as well as the nations you’d expect to find in a list involving Europe. The qualifying play started in March 2019 and didn’t wrap up until November 2020.

It involved 10 groups of either five or six teams. The winners and second-place finishers in each group advanced, and the next-best sixteen teams went into four playoff “paths.” Each four-team pod had semifinals and final matches to round out the 24-team field, which is how North Macedonia, Hungary, Slovakia, and Scotland got in the Euros.

Which teams are in the Euros?

Who is favored to win the Euros?

These teams are favored to win Euro 2021, according to the oddsmakers at Bovada.

How to stream the Euros: Group Stage Schedule

Here are the upcoming matches (and previous days’ results) for the Euro 2021 Group Stage, along with where they’re being played and where you can stream them. If you’re looking to stream the Euros, block out these dates and times.

How to stream the Euros: Knockout Stage Schedule

Here are the matches for the Round of 16 and beyond. (We’ll be updating the matchups as they come; bookmark this page to see how to stream the Euros all the way to the July 11 final.)

How to stream the Euros: Streaming services carrying Euro 2021 matches

To get the Euros, you’ll want to have access to ESPN, ESPN2, and ABC throughout the tournament. You’ll also have access to some matches en Español, and if you sign up for the free Prende TV app, you’ll also be able to get every match. Note that if you have ESPN Plus, you’ll be able to stream all the matches, though it’s in a special multi-view format that has a camera on each coach plus a bird’s eye view of the action. Judging from Twitter, some people aren’t fans.

If you’re looking for a streamlined, cost-effective streaming package, check out Sling TV. It offers two basic cable packages, Sling Orange and Sling Blue, each of which costs $35 per month. There’s also the third option of getting Sling Orange + Blue for just $50 per month. You’ll get more Sling TV channels by choosing Sling Blue, with its 40 channels including sports favorites like FS1 and NBCSN and cable mainstays like Food Network and Discovery Channel. But Sling Orange brings must-haves Disney Channel and ESPN as part of its package, which you’ll want in order to stream the Euros. Sling also has a number of add-ons, including robust international packages organized by languages all over the globe.

Hulu Live TV’s sports coverage includes the full suite of ESPN channels (including ESPN2, ESPNews, ESPNU, and ESPN College Extra), FS1 and FS2), NBSCN, the Olympic Channel, and the Big Ten Network. In addition to setting you up to stream the Euros, Hulu’s also got you covered for news and entertainment in its nearly 70-channel package.

At its most basic Plus tier, you can find sports staples like ESPN, ESPN2, and FS1. Considering that AT&TV TV Now plans include the loaded Ultimate and Premier tiers, as well as the Spanish-language Optimo Mas package, you can find whatever sports channel you’re seeking in at least one of the AT&T TV Now plans. If you’re looking for ESPN and ESPN2, you can get in at the Plus tier to stream it.

For under $40 a month–or through its current $10 for the first month offer—Vidgo brings more than 60 English-language channels into its National English Package. Vidgo channels include ABC, Fox, the ESPN family of channels (including ESPN Deportes), NFL Network, and it’s one of the few streaming services that carries BeIN Sports. Like Fubo, it started out for streaming sports but carries a lot more now. There’s even a Social TV platform that allows you to chat with other Vidgo viewers about what you’re watching.