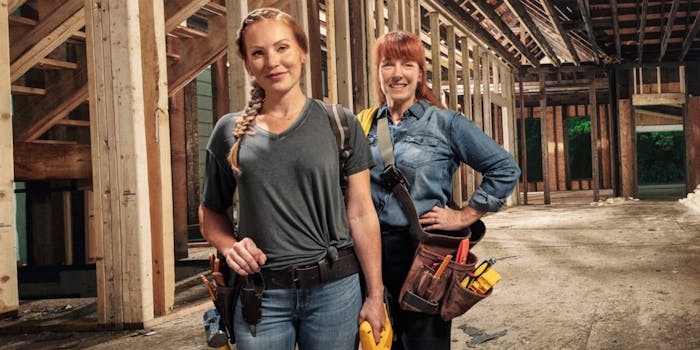 How to stream ‘Good Bones’

Where to stream Good Bones

Ask any contractor, a great home has little to do with location, style, or even size. It’s all down to if it has Good Bones or not. Yes, when it comes to flipping houses, a solid foundation isn’t just important, it’s everything.

Karen E. Laine and her daughter Mina Starsiak Hawk are so good at flipping houses, it’s practically in their bones. They purchase dilapidated homes and spruce them up, modernize them, and fill them with tons of great art from local artists. Each episode follows the gals and their renovation team, as they make the most of houses built on great foundations, with not-so-great interiors.

Here’s everything you need to know to stream Good Bones.

What is Good Bones?

The show is hosted by Karen E. Laine, a one-time defense attorney, and her daughter, Mina Starsiak Hawk, who used to be a waitress. What started out as a hobby renovating homes in Indianapolis turned into a celebrated reality series in 2016. In October 2019, Karen announced her retirement, but will still be involved with the show in an advisory capacity.

Where to stream Good Bones

HGTV is available on a few of the major live TV streaming services. When trying to decide which one is best for you, you’ll want to weigh the cost, the other channels you’ll receive, and the compatible devices for streaming.

To stream Good Bones, you’ll want to dock in at the FuboTV Standard level.