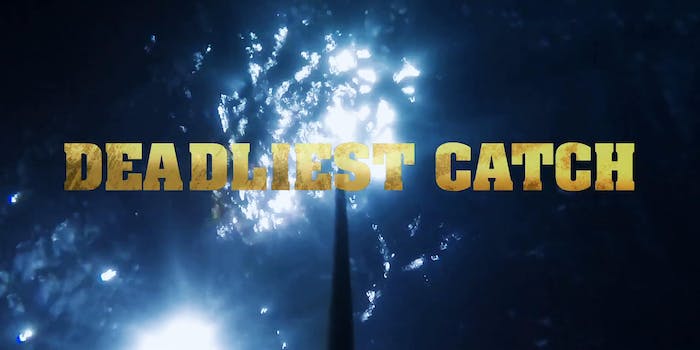 How to stream ‘Deadliest Catch’

Danger on the high seas.

For most, fishing is a relaxing pastime that brings you closer to nature––or at the very least, an excuse to break off from work and get loaded on a boat for a few hours. For the fishermen of Deadliest Catch, it’s a life and death struggle for survival.

The series, which has run since 2005, follows the crab fisherman on the high seas, whose fishing fleet braves dangerous waters for an expensive ocean game. The name says it all: a show about the men and women who do a job that comes with a high risk of injury and sometimes death. But boy, does it make for gripping reality television.

Here’s everything you need to know to stream Deadliest Catch.

What is Deadliest Catch?

How to stream Deadliest Catch

Discovery Channel is available on a handful of the major live TV streaming services. When trying to decide which one is best for you, you’ll want to weigh the cost, the other channels you’ll receive, and the compatible devices for streaming.

Philo is a budget-minded streaming service, and depending on what channels you want, it might be right for you. The 59 Philo channels lean decidedly toward entertainment; the Philo channel list includes AMC, Discovery, IFC, Lifetime, and the Paramount Network, all for $20 a month. If you’re a fan of Deadliest Catch, you’re in luck: You can find it on Philo. Philo also comes with free cloud DVR, but shows recorded are deleted after 30 days, so binge responsibly.

To stream Deadliest Catch, you’ll want to dock in at the FuboTV Standard level.

If you’re looking to stream Deadliest Catch, know that you can stream it on YouTube TV.