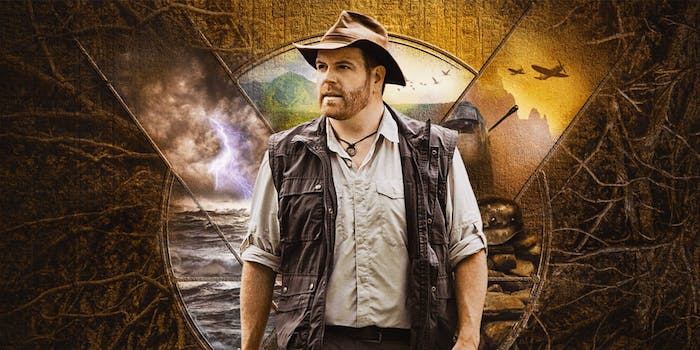 How to stream ‘Expedition Unknown’

No adventure too small.

Indiana Jones may not be real, but adventurer Josh Gates comes pretty close. His globe-trekking diary Expedition Unknown delves deep into his many journeys of discovery.

Gates travels to the ends of the earth, sometimes literally, as he tries to uncover the secrets behind myths, legends, and fables. He’s unafraid as he goes searching for cities made of gold, crystal skulls, cursed bells, tombs of kings, and yes, even Atlantis. Every episode is as exhilarating as it is educational.

Here’s everything you need to stream Expedition Unknown.

What is Expedition Unknown?

Josh Gate’s adventuring program originally aired on the Travel Channel when it premiered in 2015.

“All in all, I’m a fan of the series. As long as Gates doesn’t go too over the top with the silliness at the expense of locals, continues to keep a skeptical view, and remains ethical in his “expeditions,” I’ll continue to watch as time permits.” –Carl Feagans, Archaeology Review

How to stream Expedition Unknown

Discovery Channel is available on a few of the major live TV streaming services. When trying to decide which one is best for you, you’ll want to weigh the cost, the other channels you’ll receive, and the compatible devices for streaming.

Philo is a budget-minded streaming service, and depending on what channels you want, it might be right for you. The 59 Philo channels lean decidedly toward entertainment; the Philo channel list includes AMC, Discovery, IFC, Lifetime, and the Paramount Network, all for $20 a month. If you’re a fan of Expedition Unknown, you’re in luck: You can find it on Philo. Philo also comes with free cloud DVR, but shows recorded are deleted after 30 days, so binge responsibly.

To stream Expedition Unknown, you’ll want to dock in at the FuboTV Standard level.

If you’re looking to stream Expedition Unknown, know that you can stream it on YouTube TV.