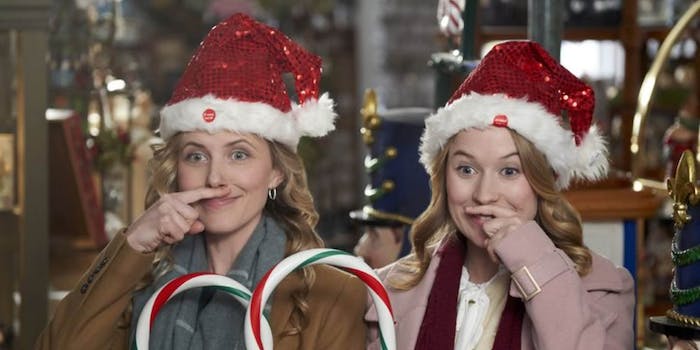 How to watch Hallmark’s 2019 Countdown to Christmas

It's December, which means 'tis finally the season for Hallmark Christmas movies. Here are all the air times during Hallmark's Countdown to Christmas.

‘Tis the season once again! Ever year, Hallmark airs some of its most iconic (along with a few new) Christmas movies in anticipation of the holidays. This year is no different. While we’re already well into December, you still have plenty of chances to get in on the Hallmark Christmas movie action with the Hallmark Countdown to Christmas.

From a hilarious family fake-out to a movie spinoff of a beloved television series, 2019’s lineup has a little something for everyone. Here’s everything you need to know about the Hallmark Christmas movies airing for this year’s Countdown to Christmas.

Brooke’s boyfriend, Ethan, dumped her right before the holidays. Since she’s told her family that Ethan’s the dream boyfriend, she decides to hire a fake Ethan for their benefit. Joel, an actor, agrees to meet Brooke’s family in disguise as Ethan. However, there’s only one problem: Joel is Jewish and has never celebrated Christmas. Chaos ensues as both Joel and Brooke struggle to keep his true identity under wraps in this Hallmark Christmas movie.

Best friends Lauren and Colleen have their dream jobs: working as personal “Christmas Coaches” to help people have the most spectacular Christmases they could ever hope for. Suddenly, they find themselves working with a freshly moved royal family from England, whose eldest son, James, couldn’t care less for the holidays. However, Lauren soon starts to work her magic on James’ cynical heart—and he works a bit of his own magic on her heart in return.

Rebecca is in the running for a promotion at work in this Hallmark Christmas movie. Unfortunately, so is her irritating co-worker, Chris. When their boss forces them to work together to plan the office Christmas party, the two clash even more due to both their planning styles and Rebecca’s background of Hanukkah traditions. The chemistry between Rebecca and Chris is apparent as sparks fly—but will their competitive natures ruin everything?

Liam and Sarah are the mayors of two neighboring New Hampshire towns. More importantly, they’re rivals. When it’s time for New Hampshire’s annual Christmas Spirit Competition, both of their towns unexpectedly advance to the finals. Liam and Sarah soon come to the conclusion that working together would be more productive than continuing to battle each other, and their collaboration leads to more than just a love for Christmas.

5) When Calls the Heart: Home for Christmas

When Calls the Heart is an ongoing Hallmark series centering on young teacher Elizabeth Thatcher as she broadens her horizons past her privileged upbringing. Home for Christmas, a holiday movie special, features all the key characters from the main series. In this film, Elizabeth is simultaneously mourning her husband’s death and preparing for her son’s first Christmas. Meanwhile, her loved ones are struggling with new beginnings, fraught love triangles, and all the hurt and healing of the holidays.