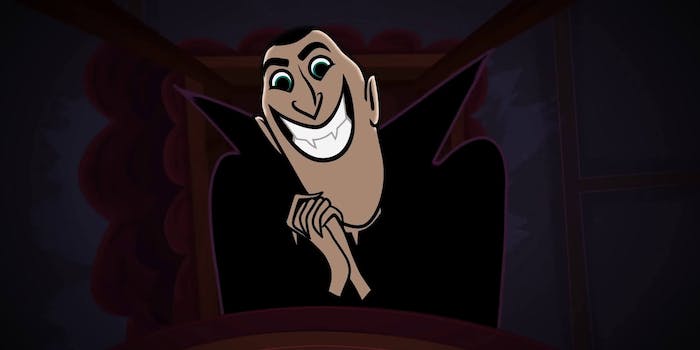 How to stream ‘Hotel Transylvania: The Series’

An animated-series with five-star laughs.

When you’re a blood-thirsty monster, you have to do resort to doing some heinous things to survive, including opening up a five-star hotel. Hotel Transylvania is a beloved film series three movies deep, and now, a great animated series.

Taking place four years before the events of the first film, the show covers Mavis and her many adventures with her monster pals. Mavis and the gang play around with spirit dolls, play raucous games of phlegm balls, babysit a nest of hunchback eggs, and occasionally, bump heads with pesky humans. It’s as thrilling, chilling, and hilarious as the film series, even if the voice cast is less than star-studded.

Here’s everything you need to know to stream Hotel Transylvania: The Series.

What us Hotel Transylvania: The Series?

Where to watch Hotel Transylvania: The Series

Hotel Transylvania: The Series on Hulu with Live TV

If you’re looking for a streamlined, cost-effective streaming package, check out Sling TV. It offers two basic cable packages, Sling Orange and Sling Blue, each of which costs $30 per month. There’s also the third option of getting Sling Orange + Blue for just $45 per month. You’ll get more Sling TV channels by choosing Sling Blue, with its 40 channels including sports favorites like FS1 and NBCSN and cable mainstays like Food Network and Discovery Channel. But Sling Orange brings must-haves Disney Channel and ESPN as part of its package. To gain access to Disney XD, you’ll either need Sling Orange or Sling Orange + Blue plus the Kids Extra channel add-on. Sling also has a number of add-ons, including robust international packages organized by languages all over the globe.

Hotel Transylvania: The Series on FuboTV

To stream Hotel Transylvania: The Series, you’ll want to dock in at the FuboTV standard level.

Hotel Transylvania: The Series on Vidgo

If you’re looking for Hotel Transylvania: The Series, know that you can stream it on YouTube TV.