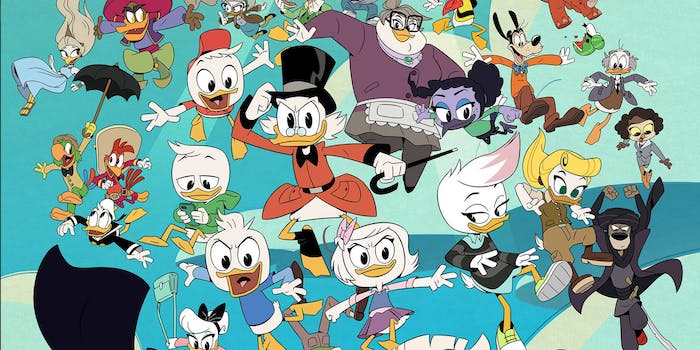 How to stream ‘Ducktales’

Scrooge McDuck may be the coolest uncle on earth, in large part because he never turns down a chance for adventure. That, and he’s got a massive vault full of gold coins that is large enough to swim in. Ducktales is back, and better than ever.

The 2017 revival of the 1980s hit is as captivating as it is star-studded. Doctor Who star David Tennant provides the role of Uncle Scrooge, with accompanying voice talents of Dani Pudi, Ben Schwartz, Bobby Moynihan, Kate Micucci, and Beck Bennet. The magic of the original run is there, complete with the best theme song of all time.

Here’s everything you need to know to stream Ducktales.

Where to stream Ducktales

Ducktales on Hulu with Live TV

To stream Ducktales, you’ll want to dock in at the FuboTV standard level.

If you’re looking for Ducktales, know that you can stream it on YouTube TV.

Other ways to stream Ducktales

If you’re looking for the easiest way to stream Ducktales, look no further than Disney+. The streaming service has older episodes of the 2017 revival series as well as the original from the ’80s.