What is a “weird” movie? I’m not sure I know. Weirdness is a weird concept. Like beauty, weirdness is in the eye of the beholder. Thankfully, the beauty of streaming services like Netflix is that you can happily stream everything you didn’t pay to see in theaters. That’s how I ended up watching Titanic 2 and spent part of one birthday streaming my favorite inspirational hip-hop film, You Got Served: Beat the World.

If you like movies that are weird for weirdness’ sake, Netflix isn’t the best provider, but it still has quite a few gems. These aren’t the absolute weirdest movies on Netflix, but they all offer a little something strange to make them worth your time.

When terrible movies made by talented people happen, they’re a dime a dozen. But terrible weird movies made by talented people are the true diamonds in the rough. Tom McCarthy’s 2015 flop The Cobbler earned a whopping 8 percent on Rotten Tomatoes, which is only surprising due to its all-star cast. Given the talent involved (Tom McCarthy, Adam Sandler, Ellen Barkin, Dustin Hoffman), it makes sense that this movie got produced, but seriously—it’s about a cobbler (Sandler) and magical shoes. McCarthy has a resume full of solid films, and The Cobbler is the albatross. It’s definitely worth a watch. 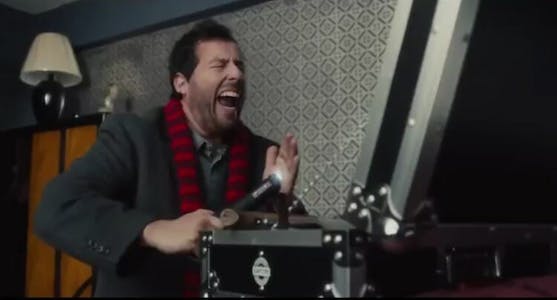 When Teeth first came out, the movie’s main conceit made it a bit notorious. But enough time has passed that most people have probably forgotten about the vagina dentata movie. With its evergreen references to men being awful, Teeth is even more relevant in today’s climate when it comes to sexual assault and harassment. On its own, Teeth is a nifty indie horror that deserves a little more attention than it initially received.

3) Tenacious D in The Pick of Destiny

Anyone familiar with Tenacious D’s oeuvre won’t be surprised to know their feature, The Pick of Destiny, really leans into absurdity. But a huge part of the fun is watching it with other people. The catchy songs will lure people in before the demons and fortuitous arm tattoos and general goofiness wins their hearts. Of all the movies on this list, The Pick of Destiny is the one where you know where you stand before you go in and the movie isn’t likely to sway you one way or the other.

It’s impossible to know how many Joaquin Phoenix performances we were denied because he and Casey Affleck thought it would be more fun to do this pseudo-performance art project instead. We’re far enough away from the film to take it in for what it is—it’s a bizarre stunt done with a staggering amount of commentary. The film follows Phoenix as he attempts to retire from his life as an actor to become a hip-hop musician. Written, produced, and directed by Affleck, its release was mired in controversy and dismissed by most critics once word got out what I’m Still Here was about. Watch the weirdness unfold, but remember that this film is an unmistakable act of hubris above all else.

It’s really no surprise that Seth Rogen and Evan Goldberg made a hard R-rated cartoon. The thing that puts Sausage Party in the “weird” category is the movie’s religious themes and exploration therein. The movie is gross and funny, as most Rogen/Goldberg joints tend to be. But it goes a step further and explores some twisted ideas about the universe. The duo’s directorial debut, This is the End, ventured into the same territory, but not quite with the same gusto as Sausage Party. I mean, it’s a movie about personified hot dogs (and every other grocery store food item) contemplating mortality. It’s trippy, dark, and definitely weird. 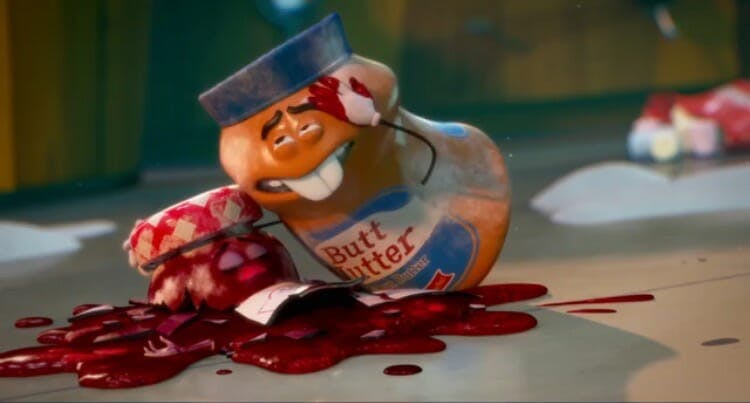 Wherever the Wachowskis go, weirdness is their shadow. Cloud Atlas is a three-hour film that takes place over multiple time periods with a diverse cast of characters, each playing multiple roles. One of the film’s key themes is the idea of everything being connected. Cloud Atlas is bizarre, futuristic, and a little dystopian. As IMDB wrote, the plot follows the characters “as one soul is shaped from a killer into a hero” and an “act of kindness ripples across centuries to inspire a revolution.” If you’re able to track the winding story and the names and faces, you’ll find that strangeness enhances the story.

Korean auteur Park Chan-wook specializes in making things weird. He also has a knack for bone-crunching violence. Those two elements are on full display in the revenge tale Oldboy. It starts with a man being locked in a room for 15 years without knowing why he’s being held or who his captors are. One day he’s released and his quest for vengeance begins. Oldboy goes to some supremely dark places and rewards adventurous viewers.

The Wayans (Shawn, Marlon, and Keenan) had a successful run of goofy high-concept comedies and spoofs in the early to mid-2000s. For pure laughs, I’ll take Little Man (the one where Marlon’s face is digitally imposed on a toddler’s body), but White Chicks will haunt your dreams. It’s goofy, but not particularly funny, and the sight of Shawn and Marlon in whiteface comes straight from Hell. It’s a buddy-cop comedy with a bizarre twist—but there’s something hypnotic and transcendent about all 100 minutes of it.

Zombie skinheads, inanimate objects coming to life, alternate dimensions, telekinesis, drug trips, monsters. John Dies at the End has something for everybody. It plays out like a Mad Libs horror movie on fast-forward. It’s silly, fast, absurd, and it’s definitely what you want if you’re looking for weird. A full plot synopsis for this movie is pointless because it will just overwhelm you. You’ll be best off turning the movie on and hiding the remote.

This is unquestionably the best movie on this list and it will be the best movie on this list for as long as it is on Netflix. It runs for a mere 17 minutes and is packed with more ideas and creativity than most full-length features. Animator Don Hertzfeldt built the narrative around recordings of his daughter. The result is a story about a little girl, Emily, who travels through time and memories, and it’s exhilarating. World of Tomorrow will mess with your mind and touch your heart.

Bong Joon-ho’s Okja is an odd and oddly touching story about a girl, Mija, and her genetically enhanced superpig, Okja. Set in Korea and the U.S., Okja features a diverse cast, thrilling set pieces, and enough emotional moments to keep you engaged even when the film indulges its weirder aspects. Despite the film’s tonal shifts, Joon-ho’s agility and prowess as a filmmaker ties everything together and makes it feel if a piece. Okja is easily the best Netflix original movie to date.

Richard Kelly’s genre and mind-bending debut about a troubled boy who may or may not travel through time holds up better than you think. Jake Gyllenhaal delivers an early signature performance as Donnie. He captures fear and false confidence in a way that instantly takes you back to your own high school days. Kelly fills the movie with memorable characters and narrative threads to keep you coming back to Donnie Darko.

Evil comes home to roost in Eli Craig’s horror-comedy Little Evil, a Netflix original movie that follows a stepdad (played by Adam Scott) and his complicated relationship with his stepson, who happens to be the Antichrist. Fun times. I don’t mean that sarcastically. Despite a few tense moments, the movie is more comedy than horror. Craig takes a tired premise and injects life (and plenty of jokes) into it. Aside from Scott, the pitch-perfect cast also includes Evangeline Lilly, Bridget Everett, Donald Faison, and Chris D’Elia.