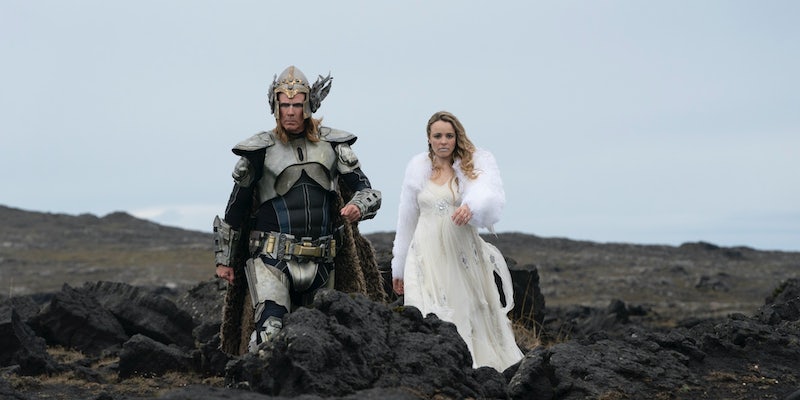 The best musicals on Netflix (to sing along with)

Get your musical on.

Interested in checking out the best musicals on Netflix? If you’ve ever wished real life included people spontaneously bursting into song, you might just be that person.

Netflix musicals range from Broadway classics to more recent smash hits. These little nuggets of sunshine tend to be unendingly cheerful and upbeat, including catchy tunes and memorable characters.

Are you looking for something fun to watch with friends? An uplifting story to enjoy alone? Either way, the best musicals on Netflix will delight and inspire.

The best musicals on Netflix: Classics and Broadway

Tom Hooper, before making whatever the hell Cats was, put his spin on one of Broadway’s most enduring shows. It’s based on Victor Hugo’s classic novel. Ex-convict Jean Valjean (Hugh Jackman) breaks parole, and Javert (Russell Crowe) embarks on a lengthy journey to capture him. Along the way, he encounters Fantine (Anne Hathaway), a woman struggling to raise her child. Valjean later adopts the child. He then gets wrapped up in the June Rebellion of 1832.

This 2014 musical biography details the creation of iconic 1960s band the Four Seasons. The award-winning musical follows the rise of four young men from New Jersey. They stumble their way through debt, threats, and familial disasters. The characters are dynamic, the storyline is engaging, and the music is absolutely superb, combining for a delightful ride.

Frankie Valli and his signature falsetto are the driving force behind the movie. Yet, each character’s rich background contributes depth and humor. Jersey Boys feels more like a traditional film than a burst-into-song musical, with just the right balance of music and story. It weaves a tale about how life, loss, and heartbreak can conceive incredible music.

Such is the life of a Hollywood property that a great film can inspire a musical—then inspiring a film adaptation of that musical.

Matthew Broderick and Nathan Lane reprise their roles from the Broadway musical. They play a theater producer and an accountant both attempting to get rich from an accounting error. They do so by putting on the worst, most offensive Broadway musical they can find: An ode to Adolf Hitler.

4) Fiddler on the Roof

Seven years after Fiddler on the Roof made waves on Broadway, the film adaptation followed, and it’s now one of the best musicals on Netflix.

The story follows Tevye, a Jewish man living in a small Ukrainian village called Anatevka in 1905. His older daughters push boundaries, testing his faith and trust in tradition.

Emo the Musical is an oddball Australian musical. Who figured out how to make a musical about emos so hilariously on-point? Emo the Musical brilliantly mocks everyone you knew in high school through songs, sarcastic jokes, and clever asides. It understands how misunderstood we all felt during our teenage years without making excuses for all of our angsty behavior.

Every song is well-produced and cleverly composed, though some might be ridiculous. (Do we really think Jesus liked My Chemical Romance?) And yet, this irreverent parody of high school life is unexpectedly likable.

Shrek the Musical, which is based on the 2001 animated film, ran on Broadway from December 2008 to January 2010. This movie version gives a front-row seat to those who normally wouldn’t be able to see a Broadway show.

Two childhood friends (Will Ferrell and Rachel McAdams) who bonded over Eurovision—and a dream to win the contest themselves one day—are finally given the chance to represent Iceland. But between all of Iceland expecting they’ll lose, fierce competition from other competing nations, and even themselves, they’ve got more than a few barriers to push past if they hope to stand a chance in winning.

We’ve seen plenty of movie adaptations of Broadway shows, movies about Broadway, and live-capture films. Opening Night takes you behind the curtain—literally. It’s about a new musical prepping for its opening night. A failed Broadway performer-turned-stage manager (Topher Grace) must keep the entire show from falling apart at the seams.

5) Eric Idle’s What About Dick?

A murder’s row of comedians come together to depict the decline of the British Empire as witnessed by a piano. The cast includes Russell Brand, Billy Connolly, Tim Curry, Eddie Izzard, and Tracey Ulman. (Eric Idle plays the voice of the piano.)

Two rebellious teen girls attend a religious camp run by nuns in the middle of nowhere. This leads to an inevitable clash and meshing of faith, tradition, and music. The stage musical La Llamada provides the inspiration for this movie.

Michaela Coel stars as a single mother who makes an instant connection with a singer (Arinzé Kene) who’s out on parole. This leads to an internal struggle about what she wants and needs. Been So Long brings London’s Camden Town to life.

Famed actor and singer Pedro Infante lingers between heaven and hell for decades. He’s given the chance to prove his worth to make it to heaven.

But there’s one catch. He’s been sent back in the body of a Pedro Infante impersonator keen on emulating many of the singer’s bad life choices.