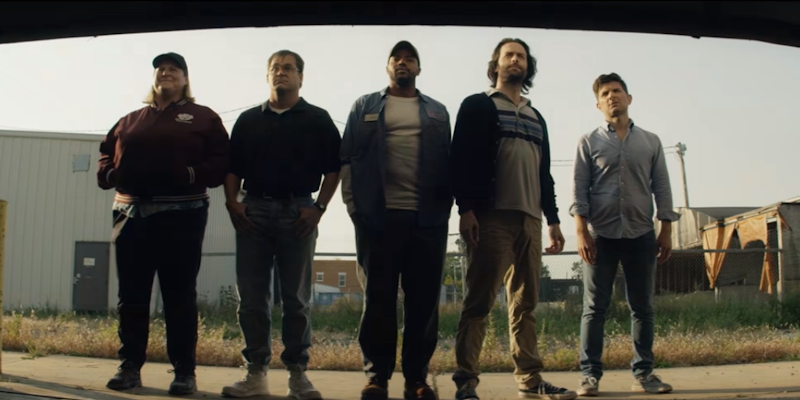 Netflix’s ‘Little Evil’ is a lot of good fun

Adam Scott is doing his best as a new stepdad... to the Antichrist.

The problem with most horror-comedies is that they are almost always a losing proposition. Most struggle to fuse the genres, and the ones that are good usually tank at the box office. Writer-director Eli Craig’s last film Tucker and Dale vs. Evil ended up in the latter category. His latest Little Evil, which landed via Netflix on Friday, is fast-paced, funny, and more clever than you think it will be.

Adam Scott and Evangeline Lilly are newlyweds Gary and Samantha. Gary’s attempts to win over Samantha’s son Lucas (Owen Lucas, master of the evil eye) have failed. Partly because of lack of effort, but really the problem is that Lucas is the Antichrist and has a penchant for killing the men Samantha gets close with. As a stepdad Gary is already facing an uphill battle. Add in a demon child and the stepdad plight becomes an up-Hell one.

The film leans more toward the comedy side of the equation, and it gets a lot of mileage out of flipping tired evil-child clichés into jokes. Instead of having Gary be the only person who can see the evil in Lucas, he has a support group for stepdads (featuring Donald Faison, Chris D’Elia, and a scene-stealing Bridget Everett) ready who believe him. Craig creates a surprisingly sturdy mythology for the story, and the more we learn about Lucas, the more interesting it becomes.

Scott is a textbook straight man for this material. He’s reliably good in the same way as Paul Rudd, and he sells Gary’s frustration and terror without winking at the screen. Actually, everybody sells the hell out of the situation, especially Lilly. She plays Samantha as a mix of “my child could never do those things” obliviousness and maternal sincerity. On paper Samantha probably reads like a caricature, but to Lilly’s credit, she never goes that broad.

Craig delivered a cult hit with Tucker and Dale vs. Evil, and he’s done it again with Little Evil.

Still not sure what to watch tonight? Here are our Netflix guides for the best war movies, documentaries, anime, indie flicks, and movies based on true stories streaming right now. There are also sad movies guaranteed to make you cry, weird movies to melt your brain, and comedy specials when you really need to laugh.