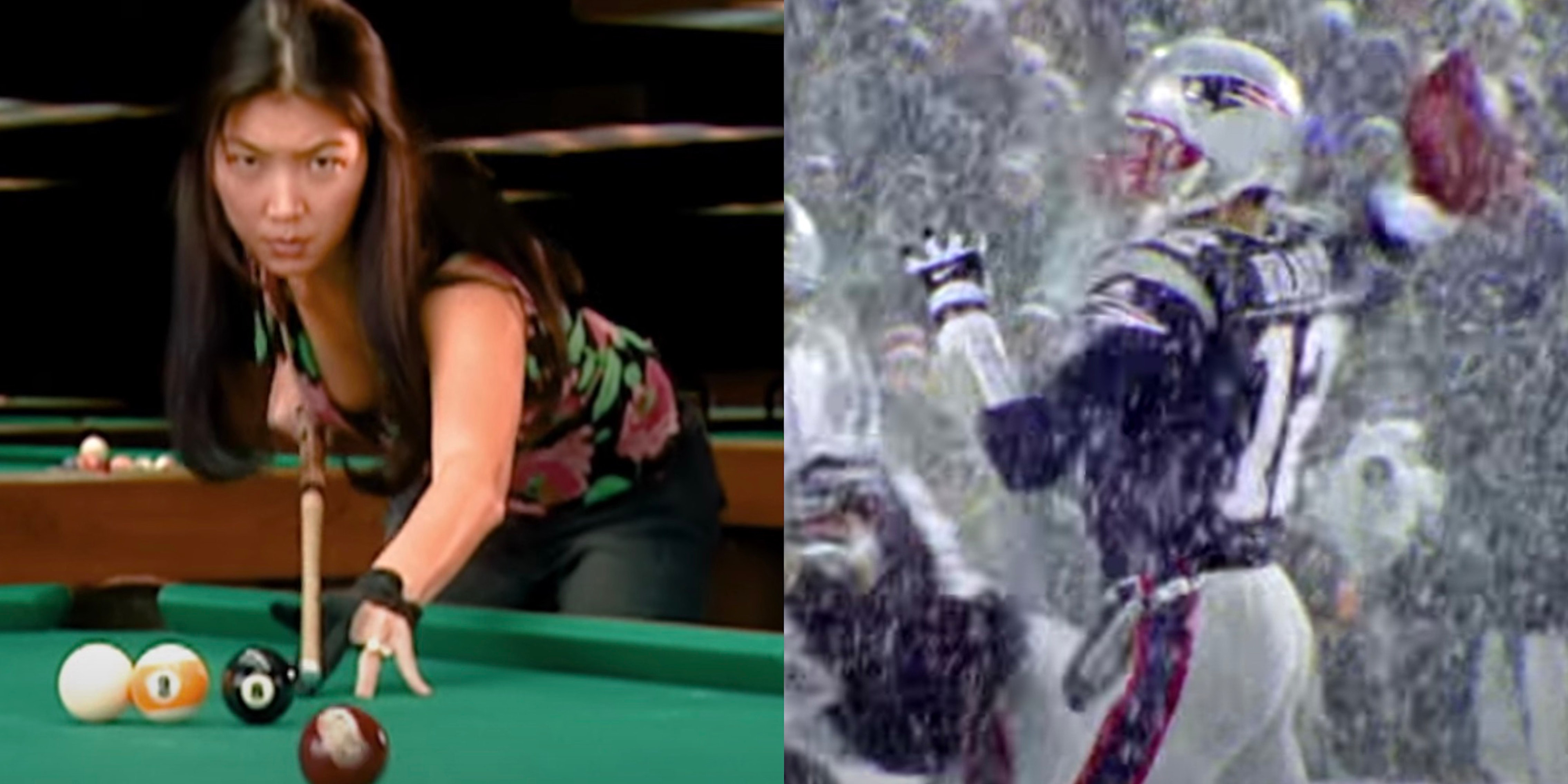 Join us as we take a look back at the best ESPN documentaries 2022 had to offer.

Sports has been called America’s “civil religion,” and it may be for many people. But while the notion that sports has somehow filled the gap that spiritual communion once occupied in our lives is a nice thought, the sentiment is likely exaggerated. Yes, sports offer a gathering place, a specific focus (at least if you follow one team), and inspire many, many prayers. In my opinion, however, sports are something more akin to pop music. An elite few get to participate in it and harness the attention of millions. Some fans build their schedules and countless conversations around the subject, and for many (like me) it’s just… there. On the radio, on the TV in the background—everpresent.

If sports are pop music, then ESPN’s 30 for 30 is the new Behind The Music. Even when they covered a band I didn’t love, I was rapt. I never liked Mötley Crüe. Does that mean I skipped their episode when it came on? Not once. (I know everything about that band except for what their music sounds like.)

ESPN’s 30 for 30, named for the 30 documentaries ESPN planned to make in celebration of their 30th anniversary of sports coverage, began in 2009. Something went right because it’s now 2022 and they’ve produced 117 films. Today, we’ll take a look back at the best moments from the ESPN documentaries of 2022.

The best ESPN documentaries of 2022:

If most other sports are pop music, televised golf is soft jazz. Or so I thought. 30 for 30 has a knack for taking small moments and imbuing them with extremely high stakes. Or maybe sports like baseball and golf have a knack for building such tension on their own.

Enter Greg “The Shark” Norman. Norman is an Australian golfer who, after learning golf from his mother as a teenager, went on to become the number one golfer in the world. Most of the doc features Norman as a young man holding up trophies from places like the British Open, then, inevitably shots of Norman as an older man looking sad about the Masters. What went wrong? Why did Norman struggle so hard to earn a green jacket? That’s what this hour explores.

Was Norman a choker? Did he let the pressure get to him? No one seems to think he was overrated. If you’ve ever felt like you screwed up at a crucial moment in your career, this documentary is for you.

If you’re old enough to remember the NFL prior to the red flag (and miss when referees didn’t stop the game to review a play), this episode of 30 for 30 would likely be torture to watch. In fact, if you don’t like Tom Brady, this episode might be torture.

Before deflategate, before spygate, there was the “Tuck Rule” controversy. Frankly, it’s not much of a controversy since it was in the NFL rule book from 1999 until its ban in 2013. Still, that didn’t stop players and fans alike from debating and reviewing a single down from a 2002 Patriots/Raiders game like it was the Zapruder Film.

Rather than building up the stakes of a tense battle between two great players, this fun (or frustrating depending on your perspective) doc puts Tom Brady and cornerback Charles Woodson in the same room to debate the notorious play. They bicker and laugh and never fully agree to disagree. What’s more interesting, however, is the final observation that without this play, there might be no Tom Brady as we know him today. A fun watch and definitely one of the best ESPN documentaries of 2022.

3. The Greatest Mixtape Ever

Finally, music and sports collide as we always knew they would. This documentary is possibly the lowest-stakes hour in the series, but that doesn’t make it any less fun to watch.

In the ‘90s, there was an alternative to the NBA that those in the know watched with the same amount of reverence as professional basketball: streetball. Instead of counting triple-doubles and arguing about which player is the GOAT, streetball fans were in it for the flashy moves and highlight reels. One day, DJ Set Free added a series of hip-hop tracks that sync perfectly with the big moments in the games, and the rest is history.

Well, there’s a whole lot of setting right the wrongs committed by putting out a tape without paying the players (or even telling them they were featured), but still, most of those wrongs are set right. (Also I now personally have a better understanding of where the AND1 shirts and tournaments originated.) A great story with great music. By the time we hit mixtape number 4, we’ve got Common, Outkast, Snoop, and Killer Mike on the tapes. Chef’s kiss.

A three-part series about the trials of the 1996 US women’s Olympic team whose gold medal win eventually led to the launch of the WNBA. Knowing all that information might sound like a spoiler, but this documentary serves as a testament to how hard it is to earn an Olympic gold medal, and how much was riding on the team succeeding.

One great thing about 30 for 30 is it never shies away from fraught subjects. The O.J. Simpson episodes don’t try to hide the resentment of the Black community during the trial, nor does the filmmaker let the audience forget Simpson’s desire to “transcend” race. While the story of Team USA is not nearly as grim, the question arises as to why the weakest link on the roster—the one who gets the most media attention—just happens to be white and straight. The images of the players begin to be as important as the win itself, which is not something any of the women take lightly. Race, class, gender, sexism, and homophobia collide with a grueling schedule and a borderline abusive coach in this series.

There are moments in Dream On akin to The Last Dance, where Michael Jordan knows what a jerk he is on the court but also says that’s what won championships. Were the tactics of Tara VanDerveer necessary to ensure the team a gold medal? Did she need to put pressure on specific players by going to the press and threatening to cut them? We’ll never know. What we do know is that the sacrifices these young women made and their endurance turned the whole world on to appreciating women’s basketball. A great watch.

Speaking of documentaries that take race head-on, director Ursula Liang follows Jeanette Lee (AKA “The Black Widow”), an Asian American from the mostly-Black neighborhood of Crown Heights, Brooklyn who became the number one female pool player in the world in the 1990s.

Overcoming scoliosis at 12 and her outsider feelings as the daughter of Korean immigrants, Jeanette Lee turned to drugs as a teenager. Eventually, she found billiards and became the best in the world, thanks in part to pool halls becoming popular in NYC in the ‘80s.

It’s a great story! Also it’s worth a watch purely to see how calmly and cooly The Black Widow demolishes her opponents. (And the trick shots are fun, too.)

Dan Wilbur is a comedian and author whose work has been featured on Sirius XM, McSweeney’s, and The Onion News Network. His latest book, Never Flirt With Puppy Killers, is available now.