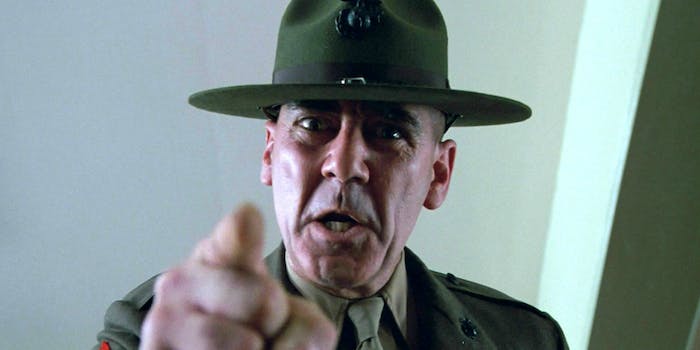 From patriotic classics to epic violence, it's all here.

Whether you’re somberly reflecting on the American spirit during a holiday or in the mood for loud noises, streaming giant Netflix offers plenty of good war movies. They run the gamut from ridiculous to classic, with enough variety to satisfy every red-blooded impulse. Here’s what you can expect.

The best war movies on Netflix

Stanley Kubrick’s film about the dehumanizing nature of war remains just as powerful now as it was 30 years ago. The intensity of the bootcamp half of the film compared to the war half is startling, not for the differences but for their similarities. Despite the nature of the story, there’s enough humor (even if it’s dark) to bring a little levity. Still, this isn’t one you want to watch when you want to relax. But it’s Kubrick, so you know going in that you’re going to be challenged. —Eddie Strait

Daniel Day-Lewis is completely believable in the title role, downplaying the grandeur Abraham Lincoln is usually depicted with in favor of vulnerability and uncertainty. Tony Kushner’s screenplay, adapted from Doris Kearns Goodwin’s Team of Rivals, sings with wit and wisdom, turning behind-the-scenes wheeling and dealing into a Schoolhouse Rock “how a bill becomes a law” mix of education and entertainment. And Steven Spielberg’s usual sentimentality is tampered down just enough to allow for a poignancy rarely seen in this kind of prestige pic. Lincoln may take place during the most polarized period in American history, but in comparison to our political climate today, it’ll make you feel positively inspired about the power of government. —Chris Osterndorf

This one is for people who like war movies and aren’t sticklers for historical accuracy. Director Michael Bay catches a lot of flak for the quality of his films, and rightfully so, but the man knows how to deliver spectacle. Even within the constrictions of a PG-13 rating he is able to present a thrilling and harrowing replication of the attack on Pearl Harbor. Pearl Harbor, for the most part, remains gripping as long as it sticks to the action. The Ben Affleck-Kate Beckinsale-Josh Hartnett love triangle is less successful, but that’s okay, we aren’t watching Michael Bay’s Pearl Harbor for the love story anyway. —E.S.

Steven Spielberg’s magnum opus is the ultimate one-timer. For those that don’t know, Schindler’s List is about a German businessman, Oskar Schindler, who saved over 1,000 Jewish people during the Holocaust. It is essential viewing and everyone should see it at some point in their lives. Watching it at home through a streaming outlet isn’t the ideal way to see the movie, but sometimes the privacy of your home opens you up to the emotional experience of the film in a different, more turbulent way than a darkened theater. Assuming you put your phone away, that is. —E.S.

This adaptation of John le Carré’s novel is an absorbing espionage film. Gary Oldman gives one of his best, and most subdued, performances as George Smiley. It’s directed by Tomas Alfredson (of Let the Right One In fame) who is no stranger to thoughtful, slow-boil genre films. Tinker Tailor solidified Alfredson as a compelling new voice in world cinema and delivered a film worthy of le Carré’s legacy. —E.S.

Joe Wright’s adaptation of Ian McEwan’s acclaimed novel is about a lie that destroys a family. It’s not explicitly a war movie, but rather a movie set during World War ll. Briony (Saoirse Ronan) witnesses something she doesn’t understand and tells a lie that sends her sister’s boyfriend Robbie (James McAvoy) to prison and eventually the army. Briony’s claim ruins her relationship with her sister Cecilia (Keira Knightley), and the movie is about the fallout. It’s a rich, mournful drama anchored by tremendous performances and stellar direction by Wright. —E.S.

7) First They Killed My Father

Angelina Jolie’s continues to grow as a director. After her attempt at Oscar bait, Unbroken, the commercially successful but non-player at awards season, Jolie works on a smaller scale with First They Killed My Father. It tells the true story of Luong Ung (who co-wrote the screenplay with Jolie and wrote the memoir the film is based on), whose family was one of many that suffered under the Khmer Rouge in Cambodia. The film is contemplative without being boring and emotionally devastating without being manipulative. It’s a tough watch but a strong film. —E.S.

This Iraq War-set movie is a bit of a mixed bag, but its good elements outweigh the bad. The strength of the film is its cast. Nicholas Hoult plays Matt Orce, a Private in the U.S. Army. Orce is deployed to Baghdad and his squad is tasked with fixing the water system in one of the local villages. The story is based on the real experience of Chris Roessner, who also wrote the film’s script. Henry Cavill, Logan Marshall-Green, and Glen Powell give strong supporting performances, but Hoult is the standout here. While Sand Castle may be a little formulaic, it’s a well-made movie that will keep you hooked all the way through. —E.S.

9) Beasts of No Nation

Netflix’s first foray into film production was Cary Fukunaga’s (True Detective season 1) story about a child inscripted into an African civil war. It’s as tough to watch as you’d imagine a movie about a child soldier to be, but is worth your time. Idris Elba is typically great as a vicious leader, but the standout is young Abraham Attah as Agu, the child soldier. Netflix’s distribution model meant that Beasts was a test case for the platform, which drew the ire of major theater chains. It was also Netflix’s attempt at a prestige film (it failed to land any Oscar nominations). Now that all of the clutter around the movie has cleared it can be appreciated on its own terms. —E.S.

Supposedly the director’s cut of Alexander is the version to seek out, but Netflix only has the theatrical cut. Still, Alexander is an oddity worth watching, maybe with a group of friends, because Oliver Stone is almost incapable of making a boring film. Colin Farrell and Angelina Jolie are commendable as Alexander the Great and Olympias, but they can’t save the movie from its worst tendencies. It’s long, the narrative is sprawling, and is more of a historical drama than a war movie, so why am I recommending it? Mainly out of personal curiosity. I’ve seen it once, and my memory of it is a baffling blur at this point. Netflix’s war offerings are kind of stale, so Alexander stands out. —E.S.

Despite falling under into the category of airbrushed biopics, The Imitation Game is a solid effort for what it is. While it leaves out some crucial, or more interesting, aspects of famous code breaker Alan Turing’s life, the good things about The Imitation Game carry the day. Specifically, Benedict Cumberbatch’s lead performance is terrific and makes the film. Hopefully someday there will be a stronger project about Turing, but for now this one gets the job done.—E.S.

Adapted by Rees and co-writer Virgil Williams from Hillary Jordan’s novel, Mudbound traces the stories of two families during WWII, one white, one black. They intersect when the McAllan clan buys the farm the Jackson family has worked on as sharecroppers for years. It’s worth watching Mudbound for its devastating ending alone. It’s impossible to deny that Hollywood is better for taking a chance on filmmakers like Dee Rees and stories like this. —C.O.

A three-part Netflix original documentary tracks the story of five directors who left the comfort of Hollywood to serve in World War ll. It is a film studies class you wish you could have taken in college. The role of war in cinema is hard to quantify, and Five Came Back does a great job explaining it without stooping to lecturing. It is about some of cinema’s best storytellers as told by some of today’s masters. One of the best film writers going, Mark Harris, adapted his own book for the screen, with the assistance of Steven Spielberg, Meryl Streep, Guillermo Del Toro, Francis Ford Coppola, Paul Greengrass, and Lawrence Kasdan. —E.S.

The Brad Pitt-starring Netflix original movie War Machine didn’t light the world on fire when it debuted earlier in the summer of 2017, but it’s worth watching. Director David Michod (Animal Kingdom, The Rover) is to too talented to make an uninteresting film, and War Machine has its moments. War satires set in Afghanistan are going to be divisive by nature, so don’t let the movie’s 53 percent score on Rotten Tomatoes deter you. Aside from Pitt, the cast features Tilda Swinton, Anthony Michael Hall, Scoot McNairy, Lakeith Stanfield, and Topher Grace. With that many compelling performers, there will be something to enjoy, even if the satire isn’t working for you.  —E.S.

More often than not Netflix doesn’t have the movie you’re looking for, but it does offer something… similar. Such is the case for those looking for Sam Mendes’ 2006 effect-of-war drama Jarhead. While that movie is about the absence of combat, Netflix would like to offer you not one but two straight-to-streaming, action-oriented sequels. DTV action star Scott Adkins takes the helm in Jarhead 3 and delivers a gluttony of sufficiently kicked asses in his wake. It’s not nearly as meditative and performance driven as Jarhead, but since that’s not an option at Netflix you have to take what you can get. —E.S.

Looking for something more specific? Here are our Netflix guides for the documentaries, anime, indie flicks, true crime, food shows, rom-coms, LGBT movies, alien movies, gangster movies, Westerns, film noir, and movies based on true stories streaming right now. There are also sad movies guaranteed to make you cry, weird movies to melt your brain, old movies when you need something classic, and standup specials when you really need to laugh. Or check out Flixable, a search engine for Netflix.