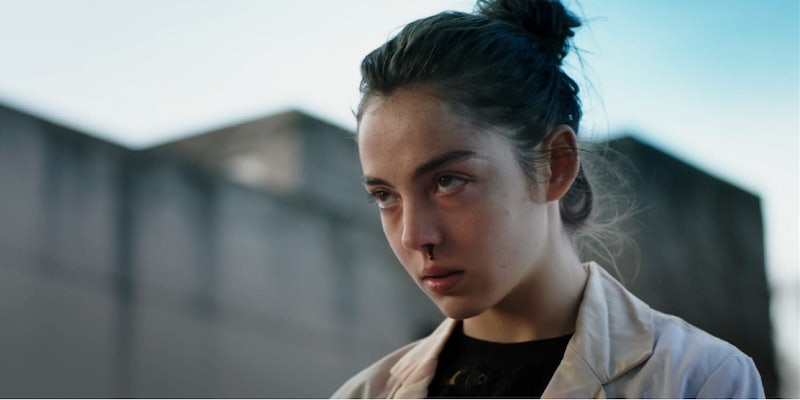 The 12 best French movies on Netflix

Every Francophile needs to see these.

French cinema has given us volumes of auteurs and theory, new waves, and subgenres. If you’re looking to watch French films on Netflix, you might have to forgo some of the classic titles, but there are plenty of more modern filmmakers putting out thoughtful, engaging, important work. Here are the best French movies on Netflix right now.

The best French movies on Netflix

Beloved French filmmaker Agnès Varda has long documented faces and places in her movies and documentaries, but here she joins forces with street artist JR to make even more of a mark. The two drive around France, interviewing people who live in the towns along the way and creating art out of those interactions. But even sweeter are the conversations between Varda and JR as they get to know each other better, and the art that comes out of learning more about them. —Audra Schroeder

Forget Boyhood. Céline Sciamma’s 2014 drama explores the lives of black teens growing up in a Paris housing project with sharp focus. Karidja Touré plays Marieme, an introvert who’s drawn into a girl gang that liberates her a bit from her daily home and school life. And Rihanna’s “Diamonds” scores an unforgettable scene that revels in that liberation.—Audra Schroeder

4) Blue Is the Warmest Color

Steeped in controversy upon its release (and for good reason,) Blue Is the Warmest Color is nevertheless a nearly unparalleled achievement in 21st-century filmmaking. Discussions about male gaze and directorial ethics are sure to follow many people’s viewing, but we also don’t get many epic, three-hour lesbian love stories. There are elements of Blue Is the Warmest Color that still feel essential, if for no other reason than that we need more of what the film gets right, even while needing less of what it gets wrong. And of course, there are the performances from lead actresses Léa Seydoux and Adèle Exarchopoulos, who rightfully became the first actors ever to be awarded the Palme d’Or when the film premiered at Cannes. Playing the two halves of young couple Emma and Adèle, Blue Is the Warmest Color’s leading ladies are both so good, it’s not just that they have created an indelible cinematic love story—it’s as if they’ve reinvented the cinematic love story itself. —Chris Osterndorf

Jean-Pierre Jeunet’s 2001 film made Audrey Tautou a star, and it’s easy to see why. As the title character, she finds joy in bringing joy to others, quietly pulling strings around Paris to brighten the lives of strangers. She’s not a matchmaker; Amélie’s goal is something bigger. But then she stumbles upon Nino, a man with a similar goal. —Audra Schroeder

To Each, Her Own is a manic story in search of some breathing room. It’s about a young woman, Simone, and the tumultuous few weeks that redefine her life. She’s in love with a woman, but she develops feelings for a man she’s planning to go into business with. On top of that, she’s dealing with pressure from her conservative Jewish parents to settle down and start a family. To Each, Her Own packs a lot into its short 95-minute runtime. While the movie would unquestionably benefit from having more room to explore all of the ideas it introduces, it still has a few moments that work well. —Eddie Strait

French director Bertrand Bonello sets up Nocturama in two parts: one in which we see a group of teenage radicals perform acts of terrorism around Paris, and one where we see them hiding out in a massive, empty department store. Bonello doesn’t offer any clear motive for their actions, but as the group sinks deeper into the interiors of the store, that doesn’t matter as much. The draw of Nocturama is seeing these kids face their guilt, fear, and desire as the line between fantasy and reality disappears, and timelines collide. —Audra Schroeder

Mélanie Laurent (Inglourious Basterds) directed this 2014 film about the limits of friendship. Adapted from Anne-Sophie Brasme’s book of the same name, Breathe looks at the relationship between 17-year-old Charlie and new student Sarah, which goes from playful to consuming and back again. Laurent doesn’t weigh down the exposition with red flags, though we do see them waving in the distance. Rather she lingers on little details that inform a teenage girl’s experience, and the way the need for connection and acceptance can often warp our sense of self. —Audra Schroeder

Netflix original French-language film I Am Not An Easy Man follows app maker and shamelessly chauvinistic manchild Damien as he navigates an alternate universe, forced to cope with his newfound gender repositioning. The film is darkly funny, purposefully ham-fisted with its unnuanced gender-flipped clichés and specific situations that Damien finds himself in, shoe now on the woman’s foot. But problems arise when he starts dating the gambling, seductive writer Alexandra because in this woman’s world, we get a story about a man—and only the misguided Damien finds himself changed. —Kahron Spearman

Jalil Lespert’s Iris goes missing early in the film, but her disappearance is tied up in some nasty details. In the Shadow of Iris was inspired by Hideo Nakata’s 2000 film Chaos, which added some intricate layers to the psychological thriller. A kidnapping gets turned on its head, and then some. —Audra Schroeder

An unconventional love story, Jacques Audiard’s Rust and Bone stars Marion Cotillard as an orca trainer who sustains a life-changing injury. This draws her closer to boxer hopeful and single father Ali (Matthias Schoenaerts). As the two try to explore a new relationship while dealing with trauma, Audiard also gives us the gorgeous backdrop of Antibes to soften the edges. —Audra Schroeder

This documentary walks audiences through the mechanics, and horror, of the terrorist attacks in Paris on November 13, 2015. Directors Jules and Gédéon Naudet piece together footage from that day (some of it news footage and some of it shot with cell phones) and mix it with interviews of the people there that day. From survivor accounts from the restaurants and concert venue to the responses of both the French government and the police force, November 13 is a powerful glimpse into darkness the courage and resiliency it takes to make it to the other side. —Eddie Strait