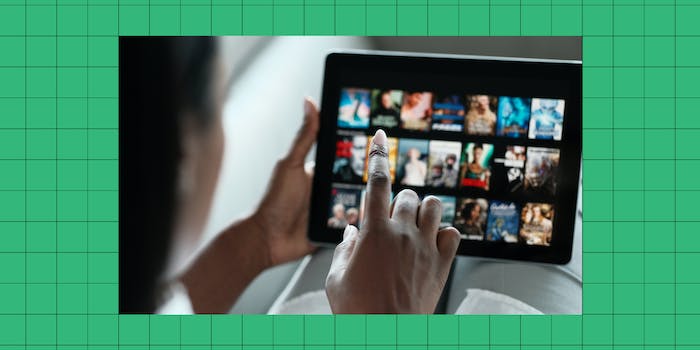 Completed Netflix? Here are the best streaming services to turn to

We get it, we've been chilling a lot too.

Being a Netflix subscriber isn’t what it used to be. Once upon a time Netflix had the largest selection of new and classic movies streaming at affordable costs.

Today, Netflix is the most expensive streaming service on the market, thanks to its massive investment in original content. But more original content means less of the classic movies and new releases people used to love.

Or maybe you just completed Netflix, and you’re looking for your next streaming service to binge watch.

If you’re done with Netflix, there are tons of options available to you. It just depends on what meets your needs. Here are the best Netflix alternatives for when you want to something-else and chill.

At first glance, Amazon Prime might seem like just another Netflix, down to its increasing price and catalog of original content. But one area Amazon Prime flourishes that Netflix is currently lacking is its catalog of older movies.

Amazon Prime offers more streaming movies than any other service spread across a wild range of genres. The company has absorbed entire content libraries, and rewards movie fans who are willing to dig deep with an ocean of content. You’ll find classic TV, beloved catalog and new release movies, and more waiting for you.

Prime also has some of the most underrated original series of any streaming service. Titles like The Boys, Invincible, and the upcoming sci-fi series Outer Range have shone a dedication to cutting-edge original programming.

Some readers will be surprised to see Starz listed over some bigger names on this list. But in the world of streaming movies, Starz is the sleeper winner over plenty of the competition. Pulling classics from the 80s, 90s, 00s, and today Starz is a never-ending well of movies you might have missed in theaters.

Titles are clearly sorted, letting you quickly discover what’s just arrived from theaters or search for something from your favorite genre. Starz always has fresh new releases to check out, from Spiral to upcoming titles like Spider-Man: No Way Home.

Starz has also been blazing trails with its explosively creative original content. From the pro wrestling drama of Heels to the expansive universe of the Power series, Starz’s original series are explosive and entertaining.

Then there’s the price. Starz costs just $8.99 per month, making it one of the cheapest options on this list. If they’d just give us 4K everything would be perfect.

In many ways, HBO Max today resembles the Netflix so many people fell in love with years ago. The catalog of movies both new and old is simply staggering. You can go scrolling through the menus and always find something good that you recognize, or dive deeper to discover new treasures.

The pandemic accelerated the release schedule for many blockbusters, bringing some of Warner Media’s biggest titles to the service faster than ever. Want to watch The Batman? It’s already on HBO Max right now. For new releases, it’s hard to beat HBO Max.

But classic movie fans should always make time to check out the wonders for HBO Max thanks to its TCM content. HBO Max has more classic movies from before 1980 than any other streaming service. That includes a surprising amount of international content, from 60s French thrillers and landmark Japanese samurai films.

Beyond that, HBO has been a leader in original series for decades – making it one of the best Netflix alternatives around. Since launching the prestige TV era with The Sopranos, HBO has wowed audiences with shows like Sex and the City, The Leftovers, and the first four seasons of Game of Thrones.

Families that have come to rely on Netflix’s wide swath of content should look closely at Disney+. This amazing service combines one of the deepest libraries of family content on earth with one of the best streaming apps around. Combining the Disney, Fox, Marvel, and National Geographic libraries, Disney+ has a little something for the entire family.

It also features the most 4K content of basically any streaming service at the moment. From the jaw-dropping beauty of nature to the latest adventure of the Avengers, Disney+ is packed with 4K UHD programming. Even better, you don’t need to pay extra to access it.

While the service has started to add some more adult-focused content in the form of Netflix’s Marvel shows, it’s also increased parental controls to hide those shows. As Disney+ continues to grow we’re excited to see it unlock more of the Fox library.

Maybe someday it will have a section that goes beyond its current PG-13 limits. In the meantime, this is the best option families have.

Of all the options on this list Hulu is the most like Netflix in its current form, though its focus on TV sets it apart. Hulu offers more TV content than any other streaming service around and at one of the lowest price points available. Hulu lets users stream new episodes of their favorite shows from CBS, NBC, ABC, Fox, FX, and more the day after they broadcast.

Of course, that just scratches the surface of what makes Hulu so special. Hulu is more than just new TV shows. You’ll also discover decades of broadcast history, spanning everything from Scandal to Golden Girls. Along with tens of thousands of episodes of streaming TV, Hulu offers thousands of movies ranging from Hollywood blockbusters to small indie hits. In fact, its indie section might be Hulu’s greatest movie strength, delivering art house hits to homes they might never reach.

Like every major streaming service, Hulu has its own bench of original series for viewers to check out. There are single-season masterpieces like Devs, the long-running dystopian drama of The Handmaid’s Tale, and Billy Eichner and Julie Kessler’s brilliant Difficult People for comedy fans, along with a host of options.

Best of all Hulu, only costs $6.99 for its ad-supported plan. Truly, there is no better deal in streaming than Hulu. Even if you opt for the ad-free version of the service, you’ll still only be paying $12.99 per month. That’s $5 less than Netflix charges.