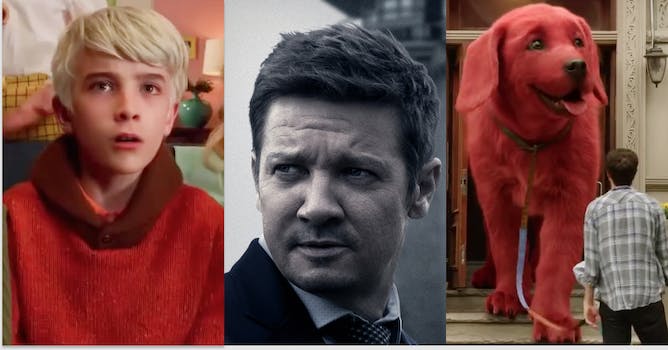 What’s new on Paramount Plus (November 2021)

Blockbuster quality movies and TV from the comfort of your couch.

Previously known as CBS All Access, the streaming platform is packed with plenty of must-watch originals like The Good Fight, iCarly, Rugrats, and of course, Star Trek Discovery. There’s also tons of Paramount films available including the entire Indiana Jones, Mission Impossible, Transformers, and Godfather series. We’ve compiled a list of the best shows and movies coming to Paramount Plus this month.

Plenty of original series and movies are only available exclusively on Paramount Plus. It’s available with ads for $4.99, or $9.99 for an ad-free version. You can try the massive streaming platform for free for a week before you decide on a full-fledged subscription.

Imagine an adorable red dog. Now imagine he’s gigantic. The popular children’s book series is going to hit the big screen, but you can also enjoy it at home from the comfort of your couch. After a sneaky genetics company wants to steal Clifford to make millions selling massive pets, Emily-Elizabeth and her absent-minded uncle must traverse New York City along with her massive dog. Expect some friends to be made along the way, and at least a handful of lessons to be learned.

The Loud House is one of the most popular Nicktoons of the modern era. But what if Lincoln Loud and his 10 brothers and sisters were more than just an animated family? To celebrate the holiday season, the Loud family is going live-action. Lincoln will be up to his usual pranky self, to sabotage his sisters’ plans to preserve Loud family holiday traditions.

Before 2017, no Trekkie had any idea that Spock had an adopted sister named Michael Burnham. Not only did this sister maybe start a war with the Klingons, but she also saved the universe from total annihilation a handful of times. Sure, it’s a little different from the Star Trek you’re used to, and there’s a lot of weird retconning but those massive production budgets make for the shiniest Star Trek series yet.

Who says you can’t have a political thriller in the vein of House of Cards in the middle of the Midwest? The McKlusky family are well-known power brokers in Kingston, Michigan, where the only thriving industry is the massive prison. The family must navigate corruption and systemic racism to bring order and justice to this Midwest town.