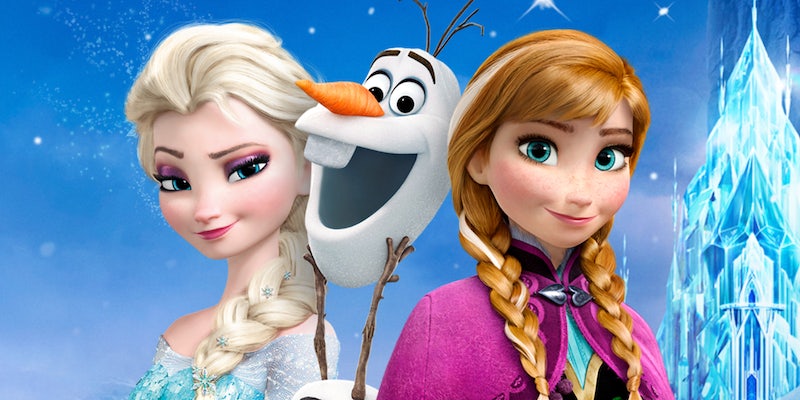 The best movies on Disney+

With Disney, Pixel, and Marvel to choose from, Disney Plus has an expansive list of best movies.

Best Animated Movies on Disney Plus

It’s safe to say Stitch is the second-most beloved alien in family films, after E.T. Movies about kids and their pets are as timeless as a concept can get, and Lilo and Stitch delivers the goods. Lilo, a young Hawaiian girl, and Stitch, an alien whose core directive is wreaking havoc and destruction, are a lovely pair. As the two unlikely friends grow closer and question what really constitutes family, Lilo and Stitch cements its place as a modern Disney classic. Given that Disney’s hand-drawn output is nearly nonexistent these days, Lilo and Stitch is worth revisiting for its aesthetic pleasures, on top of the charming story and adorable lead duo. —Eddie Strait

The crown jewel of the Disney library is 1994’s beloved animated classic The Lion King. From the still-stunning animation to the Oscar-winning musical numbers, The Lion King has been a part of children’s lives for almost three decades. Now you can relive the magic time and time again on Disney Plus.

Despite becoming a beloved constant for the Tumblr generation, A Goofy Movie has never really gotten its due. That’s a shame because it’s one of the funniest, most heartwarming modern additions of the Disney animation library. Goofy—fearing loss of connection with his teenage son, Max—takes the family on a fishing trip filled with hi-jinks. Along the way, audiences learn about the power of family and the wildness of teen angst—and get a few incredible musical numbers from Tevin Campbell.

Disney’s animation department has redefined the art form multiple times, but Sleeping Beauty is in a class of its own. Taking the beloved children’s story and turning it into a hand-painted work of art, Sleeping Beauty is both children’s film and fine art. You get romance, terrifying action, and comedy at every turn, but the design of this movie alone is worth your time.

Best Classic Movies on Disney Plus

Even after all these years, Mary Poppins is practically perfect in every way, both movie and character. When the Banks family needs a nanny, they put out a notice only to be surprised by the sudden arrival of the magical Mary Poppins. Through a series of adventures, musical numbers, and one stunning animated sequence, Poppins teaches the family about the importance of positivity. Julie Andrews gives the performance of a lifetime in what is arguably the best children’s film ever.

It’s hard to appreciate just how groundbreaking Snow White and the Seven Dwarfs was when it came out. From the advanced animation that stunned audiences to the still-thrilling performances, Snow White changed the future of animation. But what really matters is that even after 80-plus years it’s still as enthralling as the day it was released. Now it’s just easier than ever for kids all over to learn the words to “Hi Ho!”

Beyond being one of the finest film noirs ever made, Who Framed Roger Rabbit is a landmark in animation history. Its groundbreaking blending of live actors with animated characters is still jaw-dropping to see. Beyond that, it marked the first and last time audiences would ever see Mickey Mouse and Bugs Bunny on-screen together. Thankfully, we’ll always have this perfect film about a detective and a cartoon rabbit teaming up to save Toontown.

Moana is so good it belongs in the canon of all-time Disney greats. You need to add it to your watchlist immediately if you missed it when it was in theaters. Then you need to cancel your plans and watch Moana instead. The film brilliantly reinvents the Disney princess formula while also honoring the Disney classics you grew up loving. The representation, The Rock, the music from Lin-Manuel Miranda: I could go on, but really, if you haven’t seen the movie yet, just watch it first. —Chris Osterndorf

Big Hero 6 introduces us to Hiro, a 14-year-old robotics genius who longs for adventure but is held back by his age. His brother helps him join a world-class research lab. However, tragedy strikes and Hiro must use his skills to create a team to stop an unimaginable evil. Packed with exhilarating action, Big Hero 6’s real star is the truly believable relationships at the center of its story. You might even find yourself shedding a tear. Other superhero movies might be darker, but Big Hero 6 has more heart than all of them combined.

Disney’s mega-hit adaptation of Hans Christian Andersen’s The Snow Queen is one of the most beloved modern animated films. Princess Elsa was born with a wonderful, yet terrifying power: Creating ice and snow from her fingertips. On the day she is meant to be crowned queen, Elsa inadvertently plunges the kingdom into permanent winter and then feels. It’s up to her sister and a merry band of adventurers to bring her back and unfreeze the kingdom. With wonderful music and beautiful animation, Frozen is among the Disney+ shows and movies that are a treat for the whole family.

There aren’t too many whimsical crime comedies for families, which makes Millions a wonderful exception. Days before Britain converts to euros, a 7-year-old sees a bag of millions of pounds fall from the sky. The only catch is the criminals who originally stole the money desperately want it back. Danny Boyle’s heartwarming tale of childhood innocence and crime is a crowd-pleasing comedy.

The Cold War was fought on many fronts, sometimes even by underdogs on ice. Miracle adapts the true story of the 1980 U.S. men’s Olympic hockey team’s battle with Russia for the gold medal. College coach Herb Brooks brings together a scrappy team of brilliant college players to face the elite Russian squad. The action is intense and the story is inspiring, even if you don’t buy into nationalistic tales of sports supremacy. Count it among the classic Disney+ shows and movies.

Behold Heavyweights, the darkest children’s comedy about body positivity ever to hit cinemas. Summer is supposed to be a time for fun, so when Gerry finds out his parents are sending him to Camp Hope to lose weight, he’s heartbroken. Upon arrival, he discovers a place where overweight kids are accepted and loved—at least until the new owners arrive, instituting a mutiny among the campers. Written by a young Judd Apatow and director Steven Brill and starring Ben Stiller, Kenan Thompson, Paul Feig, and David Bowie, this bizarre comedy has earned a devoted cult following over the years. It’s more than earned its spot in the Disney+ shows and movies catalog.

Walter and Gary grew up loving the Muppets. They finally travel to Los Angeles to see The Muppets Studio, but they’re heartbroken to discover it abandoned. When they learn Statler and Waldorf are planning on selling the studio to an oil company, they band together to reunion Kermit, Piggy, and the entire crew to save the Muppet legacy. Written by star Jason Segel, The Muppets is an uproarious reboot of the beloved classic characters, with brilliant musical numbers and hilarious jokes.

Best Marvel Movies on Disney Plus

Phase three of the Marvel cinematic universe ended with an intergalactic bang. Everyone is there, from Black Panther to Captain America, and if you squint, Ant-Man. You’ll laugh, you’ll cry, you may even cheer. How Marvel tops this action-romp is anyone’s guess, but it’s a journey we will happily all go on together. —Jaime Carrillo

The Carol Danvers origin story is not just an thrilling action ride, it’s also a serious mid-’90s throwback, and offers a peek at a young and rather spry Nick Fury. Like Black Panther, this film fleshes out a seriously over-looked character into one of their finer film offerings. —J.C.

T’Challa, the recently crowned king of Wakanda moonlights as a superhero whose name and legacy goes back centuries. After the sudden death of his father, he must not only deal with the fallout but stop an international insurrection plotted by his long-lost cousin. A visual masterpiece and one of Marvel’s more thought-provoking entries. —J.C.

Best Pixar Movies on Disney Plus

Pixar’s The Incredibles is truly a wonder. It’s not only one of the best Pixar films, but it’s also unofficially the best Fantastic Four movie ever made. When the forced retirement of all superheroes leaves Mr. Incredible and Elastigirl in a career slump, the duo tackles its biggest challenge of all: raising three kids. But Mr. Incredible still longs for adventure, sneaking out of the house to perform heroic acts in spite of the law. Hilarious and thrilling, The Incredibles lives up to its name and more.

Marlin is a clownfish and wonderful father to Nemo, a brave little boy with one abnormally short fin. They live a happy, yet simple life. But one day, Nemo swims too close to the surface and gets caught by a diver. Marlin must break free of his fear of venturing into the world to find his lost boy. A forgetful reef fish named Dory helps him along the way. Packed to the gills with laughs and heart, Finding Nemo is a true classic. Add it to your Disney+ shows and movies queue for when your heart needs warming.

You’ll be able to enjoy every chapter of the Toy Story saga among the Disney+ shows and movies, but the second entry deserves special mention. Originally planned as a direct-to-video movie, then rebooted from scratch for a theatrical release, Toy Story 2 probably shouldn’t exist. Instead, it became a jewel of the Pixar library, telling an adult story about fear of abandonment in a hilarious, family-friendly package. It also signals one of the biggest leaps in animation technology between films in the Pixar catalog.

The Empire Strikes Back

Ask any Star Wars nerd worth their salt what their favorite movie is, and dollars to Death Stars you can bet their choice is the second entry in the original trilogy. Luke Skywalker, Princess Leia, and Han Solo face serious pushback from the empire after the events of the first film. One of the most popular lines in film history was first uttered in this film. You know the one. —J.C.

The Rise of Skywalker

The tumultuous production of the most recent trilogy is a storied one. Its third film is nearly unbelievable, especially when you take into account that there is so much happening. It’s as shocking as it is thrilling, and the excitement never lets up. But good God is it weird. In a good way, of course. —J.C.

Much of the Star Wars canon, from The Clone Wars animated series to Lego Star Wars is aimed at younger audiences. Rogue One, on the other hand, is an absolute bummer. Taking place right before the events of A New Hope, the one-off story depicts the sacrifices it took for the Rebel Alliance to get their hands on the plans for the Death Star. —J.C.