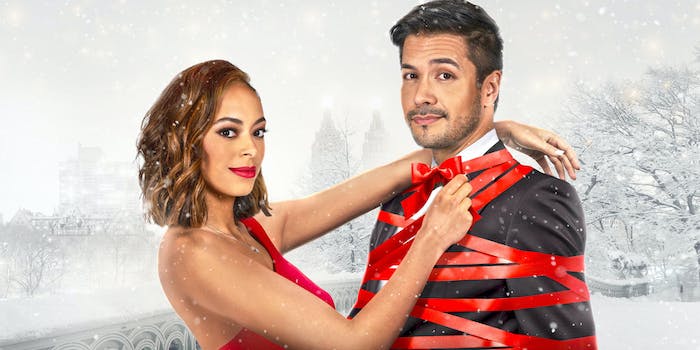 How to stream ‘Christmas Unwrapped’

It’s mid-October so you know what that means: the beginning of an onslaught of holiday movies on cable. Cheesy holiday movies used to be strictly the domain of Hallmark Channel, but now Lifetime is getting in on the fad with Christmas Unwrapped.

Charity Jones is an ambitious reporter who’s doing a deep dive into a local millionaire who may just be a secret Santa Claus. There’s a paper trail leading to his generous Christmas schemes, and Jones is hellbent on uncovering it. Will she fall in love while getting her big scoop? It’s a Lifetime movie, so, probably.

Here’s everything you need to know to stream Christmas Unwrapped.

What is Christmas Unwrapped?

How to stream Christmas Unwrapped

Philo is a budget-minded streaming service, and depending on what channels you want, it might be right for you. The 60+ Philo channels lean decidedly toward entertainment; the Philo channel list includes AMC, Discovery, IFC, Lifetime, and the Paramount Network, all for $20 a month. If you’re a fan of Lifetime, you’re in luck: You can find it on Philo. Philo also has unlimited free cloud DVR, record and watch all of your favorite shows for up to 30 days.

Is Lifetime on Hulu? With Hulu Live TV, it is. In addition to nonstop Lifetime movie marathons, the live TV streaming service comes with access to Hulu’s massive library of on-demand content. You’ll be able to choose from movies, shows, and Hulu’s original programming, and keep up with what’s new each month. Hulu plans even include a bundle option where you can access Disney+ and ESPN+ along with Hulu.