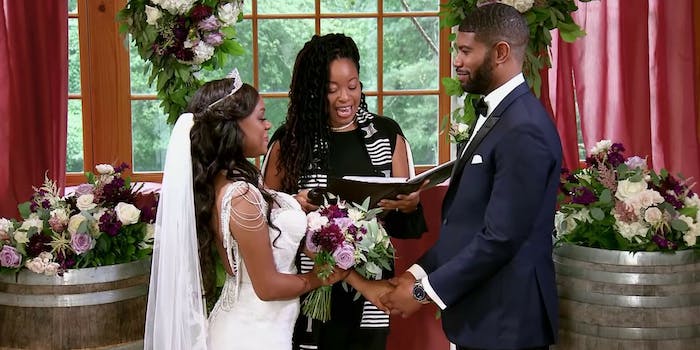 How to stream ‘Married at First Sight’

It's the most addictive reality series since 'The Bachelor.'

Where to stream Married at First Sight

Have you ever experienced love at first sight? Now, there’s a reality show that takes this idea and runs with it. Married at First Sight makes Tinder seem tame.

Every season, three couples are paired up by relationship experts and are then married within moments of meeting. After a romantic honeymoon, Married at First Sight documents the first eight weeks of the new couples’ marriage. Then, our lovebirds decide whether or not to stay married or to cut their losses. All in all, it’s the kind of addictive guilty pleasure Lifetime is famous for.

Here’s everything you need to know to stream Married at First Sight.

How to stream Married at First Sight

Lifetime is available on a handful of the major live TV streaming services. When trying to decide which one is best for you, you’ll want to weigh the cost, the other channels you’ll receive, and the compatible devices for streaming.

Married at First Sight on Philo

Married at First Sight on Hulu with Live TV

Married at First Sight on FuboTV

To stream Married at First Sight, you’ll want to dock in at the FuboTV Standard level.

Married at First Sight on Vidgo