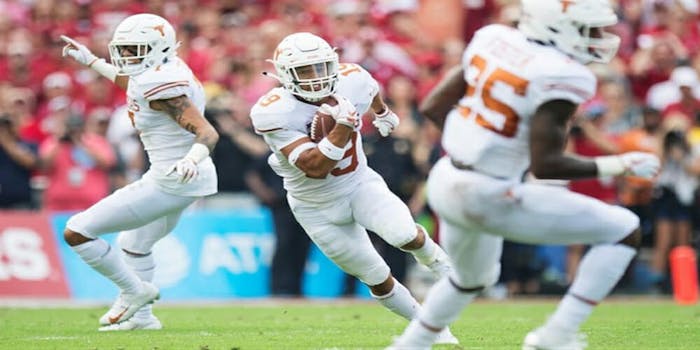 How to watch the Sugar Bowl online for free

Georgia looks to take it out on Texas.

After losing a heartbreaker to Alabama in a postseason game for the second-straight year, Georgia will look to take out its frustrations on Texas, and you can watch it all happen for free on the Sugar Bowl live stream. It’ll be the Bulldogs, who have once again become one of the nation’s best programs under third-year coach Kirby Smart, vs. the Longhorns—who have won at least nine games in a season for the first time since 2012. It’s two programs that seem to be on the rise playing against each other in what should be a fun contest

Sugar Bowl: How to watch online for free

Sugar Bowl: Why it matters

While Georgia might have to overcome some disappointment about not making the four-team college football playoff that determines the national champion, the Longhorns have to be ecstatic to be in this position. They have the chance for their first 10-win season since 2009, and in a season where they beat Oklahoma (who did make the four-team playoff), a win against another top-tier program would continue to boost their national standing. Yes, Georgia is a nearly two-touchdown favorite. But Texas certainly could make the Bulldogs sweat.