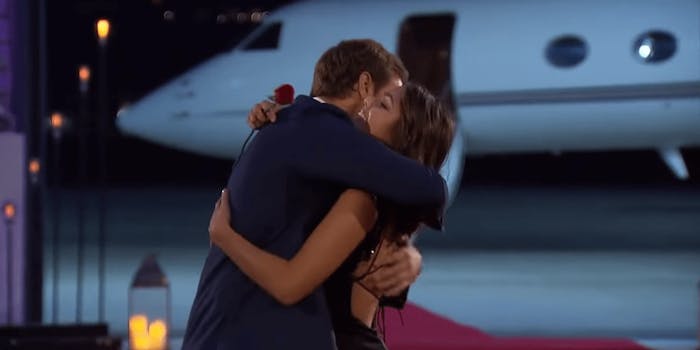 How to watch ‘The Bachelor’ online for free

Colton Underwood is looking for love.

Will the third time be the charm for Colton Underwood? After his breakout on season 14 of The Bachelorette and coming up empty-handed last summer on Bachelor in Paradise, the all-American hunk takes the spotlight for the 23rd season of The Bachelor on ABC. Given how much the former football player’s virginity has factored in thus far—especially during The Bachelorette: The Men Tell All reunion—expect it to drive most of the conversations leading up to those rose ceremonies. Here’s everything you need to know to watch The Bachelor online, starting with the season premiere on Jan. 7.

Who is the next Bachelor?

Colton Underwood is the new bachelor. He’s 26 and a former football player. He played tight end for Illinois State, and while he was signed by the San Diego Chargers, he never made it off the practice squad. You probably remember him from the 14th season of The Bachelorette. He was eliminated after the hometown dates, as star Becca Kufrin felt the weight of his virginity on their budding relationship.

What time is The Bachelor on?

The Bachelor airs on ABC at 7pm on Mondays, starting with the season 23 season premiere on Jan. 7.

How to watch The Bachelor online for free