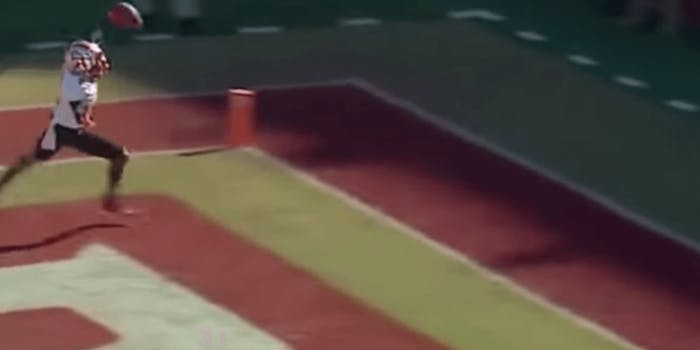 How to watch the First Responder Bowl

Western Kentucky travels to Dallas to take on Western Michigan in the SERVPRO First Responder Bowl on Monday, and the Hilltoppers will want to add another quality win to their season after beating Arkansas 45-19 on Nov. 9. The Broncos and the Hilltoppers are perennial underdogs, but both schools have made a bowl five out of the last six years.

Western Kentucky will be favored on Monday due to its defense, and the Broncos’ best chance is to try and keep said defense on the sidelines by scoring as soon as possible. Western Kentucky allows six fewer points per game than Western Michigan, but the Broncos have the advantage on offense, scoring almost 10 more points per game than the Hilltoppers.

Here’s how to watch the First Responder Bowl.

How to stream Western Kentucky vs Western Michigan: Watch the First Responder Bowl

The majority of the bowl season is shown on ESPN or on network TV; the following services offer a one-week trial.

Spanish-speaking viewers have quite a few options. For bilingual families, you might consider the Español: Best of Spanish TV package for either Sling Orange or Sling Blue for 24/7 specialty channel LaLiga TV and BeIN Sports Connect: Channels 4-9, which features matches from La Liga, Ligue 1, and Copa del Rey, among others. Both packages cost $5 per month after your free trial.

Sling TV Latino is another Spanish-language package for $10 per month, including NBC Universo, History en Español, and—of import to soccer fans—four BeIN Sports channels. (And choosing Sling TV Latino + Sling Orange for $30 per month gives you access to ESPN Deportes.) For more information, check out our guide to Sling TV channels and our Sling TV review.

First Responder Bowl: Why it matters

For two mid-majors trying to make the New Year’s Six one day, bowl wins are most valuable for showing recruits that the program has ambitions beyond winning the Group of Five conferences.