How to stream the Democratic rebuttal to Trump’s SOTU

Abrams, considered a rising star in the Democratic party, was tapped to give the rebuttal by Senate Minority Leader Chuck Schumer last week. Here’s everything you need to know to watch online.

What is the State of the Union? 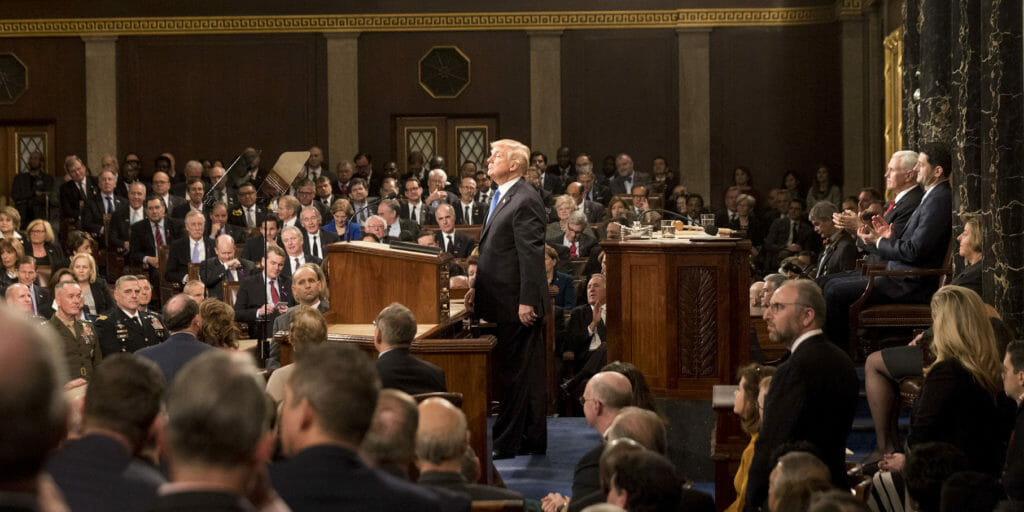 The State of the Union is an annual address from the president of the United States to a joint session of Congress. Typically, the president uses the widely televised speech to discuss their goals moving forward.

This State of the Union address for Trump will be different than his first one. In 2019, Congress is divided, with Democrats controlling the House of Representatives and Republicans in control of the Senate. During his last speech, Republicans had the majority in both chambers of Congress.

The president is scheduled to speak to the joint session of Congress at 9pm ET/8pm CT.

The State of the Union rebuttal from Abrams will start shortly after Trump’s address has concluded.

Who is Stacey Abrams?

Stacey Abrams is the former Georgia candidate for governor who lost by a razor-thin margin during the 2018 midterms. Her race against Brian Kemp was one of the most-watched races in the country. Democrats are hoping she can give a speech that will please their base. Rep. Joe Kennedy (D-Mass.) gave the rebuttal last year.

Kennedy gave some tongue-in-cheek advice to Abrams, telling her to “misplace” her chapstick, a riff on the criticism he received from some corners of the internet following his speech.

How to watch Stacey Abrams’ State of the Union rebuttal

There are several ways to watch the Democratic State of the Union rebuttal online for free, but if you’re looking for a live TV streaming service, you have plenty of options. Sling TV, PlayStation Vue, YouTube TV, FuboTV, DirecTV Now, and Hulu with Live TV all offer CNN and MSNBC, and each offers a free one-week trial. FuboTV, for example, costs $44.95 per month and can be used with pretty much any streaming device you might already own: Roku, Apple TV, Google Chromecast, Amazon Fire Stick, Android TV, and iOS and Android devices. (Check out the full FuboTV channel list here.)

C-SPAN will be streaming both Trump’s State of the Union address and Abrams’ rebuttal on its YouTube channel. You can watch the stream here:

A number of news outlets will be streaming the State of the Union rebuttal.

MSNBC will have a live stream of the State of the Union speech and Abrams’ response on its website. Pluto, a free live TV service, also carries MSNBC.

Fox News announced that it will have a “live blog” on its website with coverage of Trump’s speech and Abrams’ response.

CNN will have the State of the Union and Abrams’ response streaming live on its website and CNNgo app. The news outlet said the coverage will not require a cable login.