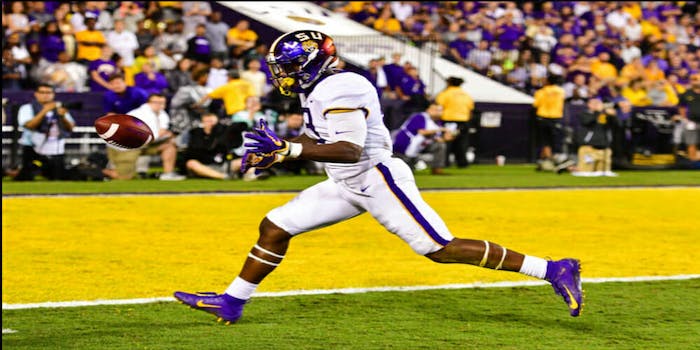 How to watch the Fiesta Bowl online for free

Can UCF shock the world—or will LSU's talent be too much?

In what has become a serious question for the second straight season, we must ask whether Central Florida should be worthy of consideration to play for a national title. The Knights won’t get the chance this year—just like last year when they finished the 2017 season with a 13-0 record—but they do get the chance to play perennial SEC power LSU. Watch the Fiesta Bowl live stream to see if UCF can score one of the biggest victories in program history against the Tigers.

Fiesta Bowl: How to watch online for free

Fiesta Bowl: Why it matters

Fans of UCF, which has won 25-straight games, question why their team doesn’t get the opportunity to play in the four-team playoff that determines the national championship. But that’s life when your program doesn’t play in one of the major conferences. Instead, the eighth-ranked Knights will face No. 11 LSU. Despite having one of the toughest schedules in the nation, the Tigers racked up a 9-3 record, thanks in part to quarterback Joe Burrow’s multi-dimensional attack. Perhaps even more impressive has been LSU’s defense, which will have to contend with UCF’s No. 5 nationally ranked offense. Last year, UCF knocked off Auburn in the Peach Bowl. This year, a win against an even better SEC opponent would really give Knights fans something to brag about.