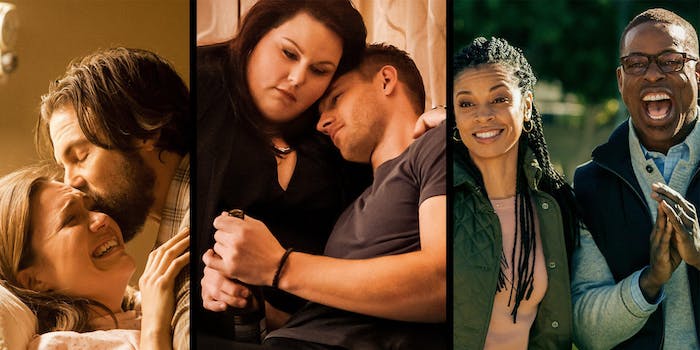 How to stream ‘This is Us’

If This is Us has taught us anything, it’s that the love between a family is timeless. Like all great shows, they prove this by showing, not telling, the story of the Pearson family through time, exploring childhood, adolescence, and ultimately, adulthood. Sure, occasional peaks at the future cause some spoilers, especially one specific and tragic one concerning a Crock-Pot. However, this doesn’t make This is Us any less compelling. Plus, it’s a show deadset on its commitment to diversity, from the cast to the writer’s room, and all the behind the scenes folks making it all possible.

Here’s everything you need to know stream This is Us.

What is This is Us?

This is Us Reviews

How to stream This is Us

This is Us on Hulu with Live TV

Hulu Live TV sets you up with local channels and has a broad spectrum of entertainment and sports channels to review, including the full suite of ESPN channels, Cartoon Network, FX, HGTV, and even deep cuts like National Geographic and Syfy, and of course, NBC where you can stream This is Us.

This is Us on FuboTV

To watch This is Us, you’ll want to dock in at the FuboTV Standard level.

This is Us Sling TV

This is Us on AT&T TV Now

If you’re already looking to AT&T for your wireless needs, you might consider AT&T TV Now to cover streaming for you. AT&T TV Now channels start with Plus and Max, which even include HBO. Then, AT&T plans expand from there, approaching cable selection and pricing with AT&T TV Now’s biggest packages. AT&T streaming also comes with Cloud DVR, letting you record up to 20 hours of TV per month. If you’re looking for This is Us, get in at the AT&T TV Now Plus tier to stream it.

If you’re looking for This is Us, know that you can stream it on YouTube TV.